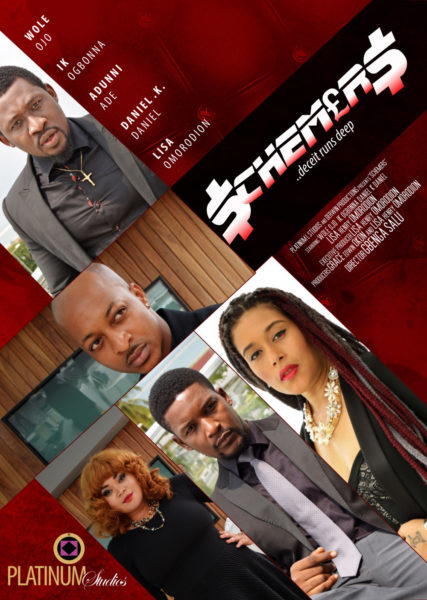 Set to be released in September 2015, the movie revolves around the life of two sisters as they battle through domestic violence, heartbreak and revenge.

The movie ‘Schemers’ is a romantic thriller produced by Lisa Omorodion and Grace Oboba Edwin-Okon. It was shot on location in Lagos, in July 2015 and directed by Gbenga Salu.

From Struggling with Drug Addiction to Being an Inspiration! Watch Akin Adelakun Share his Story on ‘Heart of the Matter’