Basketmouth is Back with ‘The Lord of the Ribs’ | Okey Bakassi, Bovi, Buchi, Ndumiso Lindi & More Lined Up 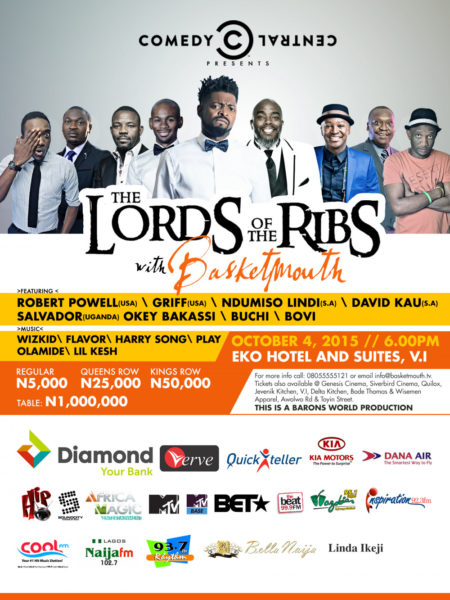 Basketmouth is set to blow your mind with another edition of his hilarious comedy and music night tagged ‘The Lord of the Ribs’.

This year the show is being presented by Comedy Central, powered by MTV Base and BET.

Come Sunday, October 4th 2015, the ace comedian will host a fun and hilarious night. He will be joined on stage by several other comedians including Robert Powell, Griff, Ndumiso Lindi, David Kau, Salvador, Okey Bakassi, Buchi and Bovi.

There will also be music performances from Wizkid, Flavour, Harrysong, Play, Olamide and Lil Kesh.

This is a Barons World Production.

Watch the promo video below.