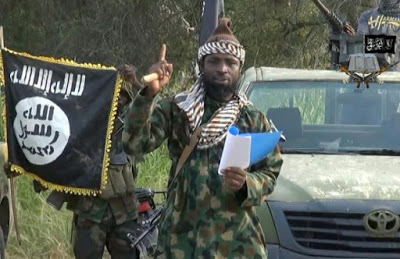 Boko Haram leader, Abubakar Shekhau has released a new audio recording in which he debunks the Nigerian military’s claims about progress made in the fight against terrorism.

According to Yahoo News, in the 25-minute audio, Shekhau speaks in Arabic and Hausa, stating the following (summary):

“They (the military) lied that they have confiscated our arms, that we have been chased out of our territories, that we are in disarray. We are alive, I am alive, this is my voice, more audible than it was before. This is Shekau.

Buhari is a liar and has deceived you. The army spokesman is also lying. He and his footsoldiers always run helter-skelter whenever we come face to face with them…

Buhari, you once claimed that you will crush us in three months. How can you crush us?”