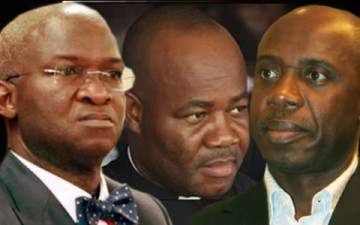 The Independent Corrupt Practices and other related offences Commission (ICPC) has reportedly set up a task force to probe eight former Governors.

A top operative of the commission confirmed the reports to Punch and stated that the task force was set up following petitions written against the former governors. The source said that the ICPC was not considering political parties or association in its response to allegations of corruption made against the affected personalities in the petition.

It was learnt that top operatives of the commission working in the task force had been dispatched to the states to carry out the probe of the affected former governors.