Nigerian Fugitive Sentenced to Life Imprisonment for Murder in UK 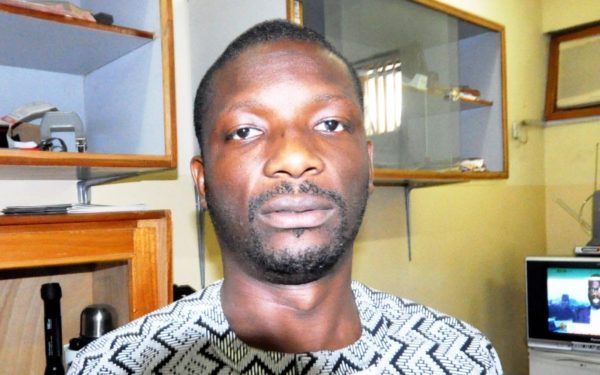 A Nigerian fugitive, Abdul Adewale Kekere-Ekun, was on Monday sentenced to life imprisonment in the UK for murdering 18-year-old Marcus Hall in 2001, following a brawl outside Luton’s Atmosphere Nightclub.

A statement issued by the Economic and Financial Crimes Commission (EFCC) and made available to the News Agency of Nigeria (NAN) in Abuja, said that the 39-year-old Kekere-Ekun, had initially pleaded guilty to the murder charge before the Luton Crown Court before he later fled to Nigeria

The document also contained information, stating that the investigation revealed Kekere-Ekun, who was arrested by EFCC on February 12, 2015, for identity theft-related offences, was on the wanted list of the UK Police.

Consequently, an extradition notice signed by the Attorney-General of the Federation and Minister of Justice, Mohammed Bello Adoke, was served on him by the EFCC.

He was finally extradited back to the United Kingdom, where he reportedly admitted to the killing.

Before his eviction, seven of the gang members had been convicted in 2002 and 2003 for their part in Hall’s murder, but two convictions were later quashed.

Bedfordshire Police identified him in a CCTV footage of the attack, where he was wearing a distinctive checked coat.

Upon discovery of a flyer for the shop found by the Bedfordshire Police during a raid on his home, detectives went on to a designer clothes store in London. It was discovered that the jacket was one of only nine sold in the UK and the convict was listed as one of the buyers.

After the sentencing, Hall’s mother, Icelyn Wilson, in a statement issued through the Bedfordshire Police, was quoted to have said: “My son’s death still hurts as if it had happened yesterday and I will get over it. You did not just ruin one life, you left a ripple effect which has impacted everyone involved in my son, Marcus’ life.’’

Pres. Buhari Assures Nigerians that All Ministers Will be Named by September 30

How to spot United Capital Plc.