He made history as the first Nigerian leader in 16 years to deliver a speech on the opening day of the event, IB Times UK reports.

Here is the full text of his speech:

“Excellencies, heads of state and government, secretary-general of the United Nations, president of the 70th UNGA [United Nations General Assembly], distinguished delegates, ladies and gentlemen: This summit provides a unique opportunity for us to work together to address climate change and its impacts, which is an undeniable issue of concern to the international community. The increase in global warming is an indication that we face a crisis of global proportions.

Excellencies, the world is experiencing new and unusual climate variability due to increased emissions of greenhouse gases. Even though Africa contributes very little to global warming, the socio-economic consequences of climate change spare no nation. The burden is just as overwhelming for developing countries.

In Nigeria, we have seen extreme weather variations, rising sea levels, encroaching desertification, excessive rainfall, erosion and floods, land degradation – all of which threaten the ecosystem. These developments have devastating human costs and are affecting food security, livelihoods and the very survival of our people.

To address these negative effects, we have developed a national policy to guide Nigeria’s response to climate change. Our response is broadly based on the twin strategy of mitigation and adaptation.

As a party to the climate change convention and its protocol, Nigeria is strongly committed to the adoption of a legally binding universal agreement to mitigate climate change. We commend the countries that have announced their intended nationally determined contributions [INDC] ahead of the October 2015 deadline. These contributions will go a long way in reducing greenhouse gas emissions worldwide. The INDCs will serve as a yardstick for measuring the commitment of parties to the Framework Convention.

In addition we must prioritize the means of implementing the INDCs, in terms of finance, technology and capacity building, especially in supporting developing countries, including those in Africa. This is fundamental to ensuring that collective action to combat climate change is indeed, collaborative and effective in the long run.

As we approach Paris, the Nigerian position which reflects the African consensus, is that a legally binding universal instrument will be beneficial to all state parties. Nigeria will continue to champion the core principles and goals of the new sustainable development agenda and hopes that the next conference of parties will eventually become a global milestone to combat and cushion the dire impacts of climate change.

The Paris agreement should be rules-based, predictable, robust to adequately address climate change vulnerabilities. It is essential that the least developing countries and small island developing states receive the institutional capacity support for mitigation, adaptation, gender and climate change linkages towards building a sustainable environment.

Collective action remains the only viable option to addressing the challenges of global warming and the ever growing impact of climate change.

Excellencies, we have no other choice but to protect our environment for the benefit of the present and future generations. Collectively, we have to work towards achieving this all important objective. I thank you.” 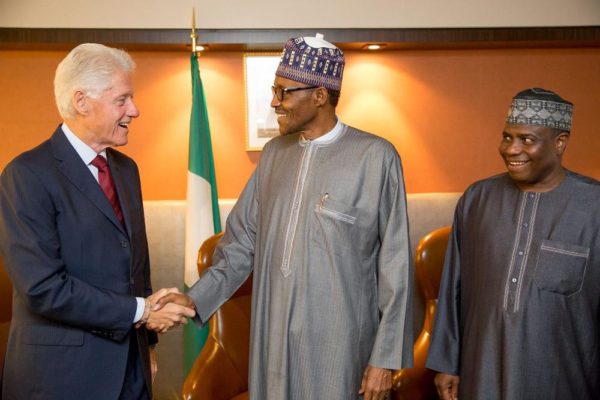