Robert Mugabe Shouts "We are Not Gays!" During UN Speech 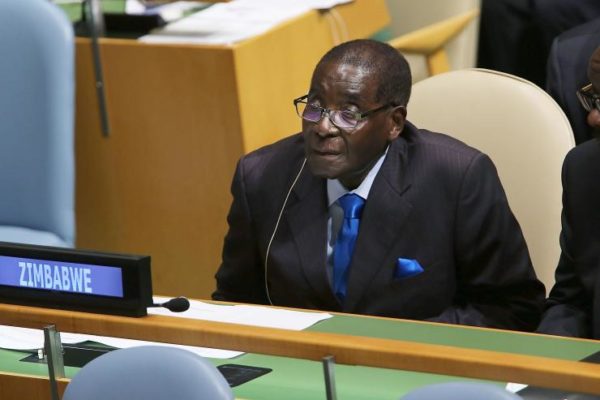 President of Zimbabwe, Robert Mugabe, is currently a popular topic in global headlines due to what is being regarded as his infamous speech on Monday at the United Nations General Assembly on Monday.

As many know, Mugabe, 91, has always expressed his anti-gay rights sentiments. And so he seized yet another opportunity to make his views heard, but this time, he chose the UN platform.

According to IB Times UK, he suddenly shouted “we are not gays” while giving a speech about the western world’s views about human rights.

Here excerpts from the speech:

Respecting and upholding human rights is the obligation of all states and is enshrined in the United Nations charter. Nowhere does the charter abrogate the right to some to sit in judgment over others, in carrying out this universal obligation.

In that regard, we reject the politicization of this important issue and the application of double standards to victimize those who dare think and act independently of the self-anointed prefects of our time.

We equally reject attempts to prescribe new rights that are contrary to our values, norms, traditions, and beliefs.

We are not gays!