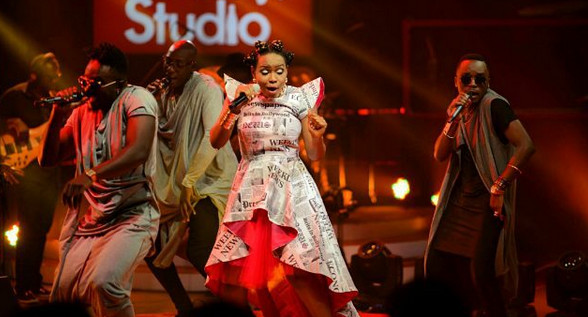 Other artistes on the episode were While & B and Hip-hop award –winning Kenyan producer, Jazz Odongo, G2 from Mozambique and Uganda’s Navio in a right swag. The episode also featured Kevin Provoke, Chameleone, Eva Alordiah and The enigmatic Unknown DJ. 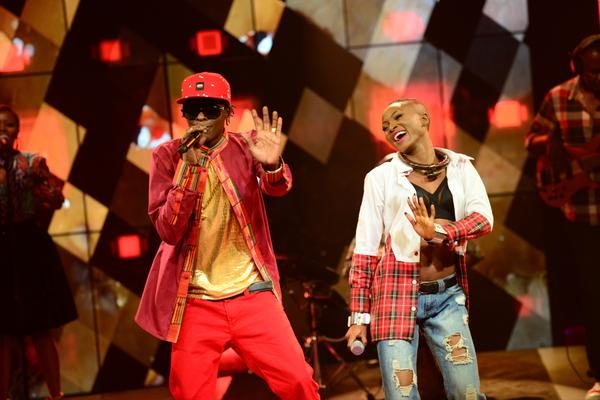 On the second episode, love spread a blanket on the artistes, as they crooned love songs. Artistes featured on this episode were Nigeria’s Olamide, working with Kenyan producer, Eric Musyoka and Mozambique’s sultry songbird, Neyma. This was followed by performances from Kenyan rapper, Wangeri and Tanzanian R&B prodigy Ben Pol arranged by Nigerian producer, Silvastone.

Uganda’s Juliana and Nigeria’s Flavour chorused “Ife, Ife, Ife“, in their tribute to love- a beautiful ballad created from their songs “Haturudi Nyuma” and “Ololufe“. Masked enigma, the Unknown DJ, turned it up next, with a playful Rap and Afro-pop mash-up of the Mavin Crew’s “Dorobucci” and Hernani Da Silva’s “Intro“. This was followed by the trio of Ali Kiba, Victoria Kimani and producer, Owuor Arunga who drew the curtain on Episode 2.

There will be more eclectic fusion this week, on Episode 3 of Coke Studio Africa Season 3. In this episode, Chocolate City rapper M.I is expected to return to mix it up live with Avril, as Tuface, Vanessa Mdee, Chidinma and Juliana also take over the stage.