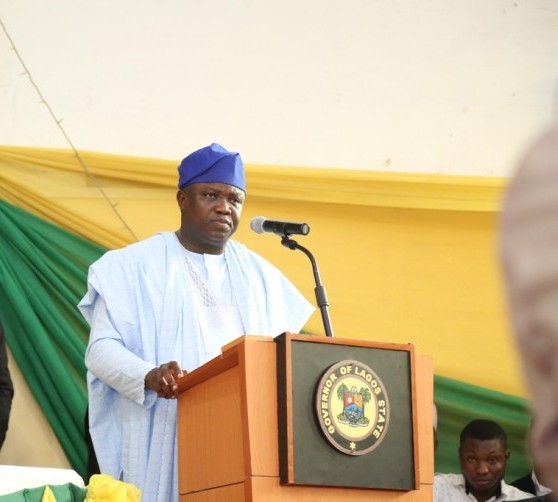 Speaking against the background of the arrest by the Department of State Services of 45 suspected Boko Haram members who allegedly planned to attack Dolphin Estate in Ikoyi, the Lagos State government expressed confidence in the combined efforts of DSS, Police and other security agencies to keep the state free of terror attacks and stamp out robberies and violent crimes.

The Lagos State Government has urged citizens in the state to remain calm but very vigilant as the Police and other security agencies intensify their efforts to rid the state of hoodlums, armed robbers and suspected terrorists.

In a statement signed by the Commissioner for Information and Strategy, Steve Ayorinde, the state government vowed not to relent in its constitutional duty to ensure safety of lives and property throughout the length and breadth of the state.

The statement said the current reality is that times have changed and the need to urge every citizen to be more security conscious is now paramount.

“Due to the economic hardship being experienced all over the country with many states and private business owners battling with payments of salaries and wages, Lagos State has become the prime destination for several thousands of people who now throng the daily with no plan to return, because they believe this is the state where economic succor is available”, Ayorinde said.

The statement said not only is this internal exodus into Lagos putting an unprecedented pressure on road infrastructure and traffic management as well as a burden on housing and hospitals all across the state, it has also constituted security threat which now requires every citizen to be extra vigilant.

“Our appeal goes to every school, housing estates, religious houses, markets and shopping complexes, hotels and restaurants and sporting arenas to take issues of security and personal safety more serious these days and to work with both the government and security agencies in promptly reporting any persons with suspicious activities or unusual gatherings that may compromise security. Care must also be taken in how domestic servants and house aides are also employed.”

The statement reiterated Governor Akinwunmi Ambode’s directive to rid the state of hoodlums and miscreants operating from uncompleted and abandoned houses, urging owners of such properties to complete or secure them or have the Law to contend with.

It added that Lagos State government sympathizes with victims of robberies and violent crimes, while promising that the government would continue to fund the state security apparatus and do everything within its power to arrest the unwholesome situation.