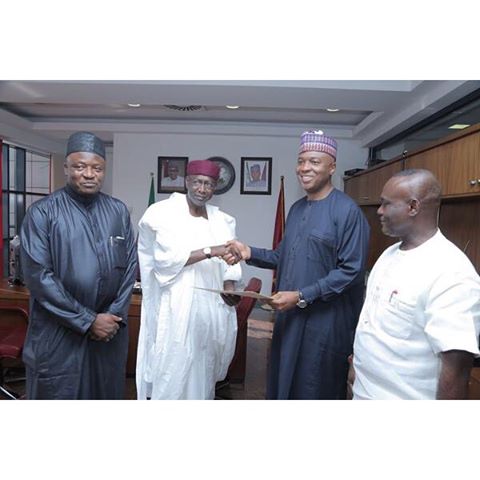 With the surprise submission of the second batch of Ministerial Nominees to the Senate President yesterday, everyone is asking, “Who is on the List this time?”

While there is no official response yet, media is speculating that several well known public figures have made the cut.

According to the Vanguard Newspaper,

Others on the list include: Hadiza Abdullahi; Adamu Adamu (Bauchi), Hajia Bukar Ibrahim, the former first lady of Yobe State (Yobe); Senator Heineken Lokpobiri (Bayelsa); James Ocholi, SAN (Kogi); Anthony Anwuka, a professor of education administration, who was secretary to the government of Imo state; and Isaac Adewole, a professor of obstetrics and gynaecology. Others are Dan Ali, a brigadier-general who was retired in 2013; Okechukwu Enelamah, the CEO of African Capital Alliance; Claudius Omoyele Daramola, a professor of sociology of education, from Ondo state; and Aisha Abubakar.

We will just have to wait and see if this is accurate.

Related Topics:Busola Saraki
Up Next