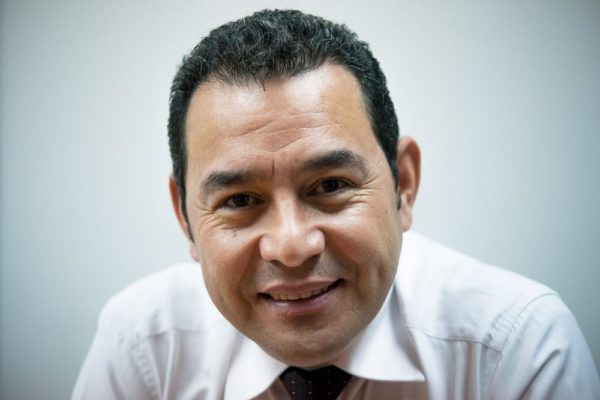 This is no laughing matter.

His election comes just after a wave of protests and widespread public anger over corruption prevalent in the Central American country’s previous government.

Also, his victory comes just over a month and a half after President Otto Perez Molina resigned and was jailed in connection with a customs scandal.

Former first lady Sandra Torres, conceded defeat to Morales in the runoff vote after it became evident that Morales garnered 69 percent of the vote with 94 percent of the polling stations reporting.

The 46-year-old funnyman who reportedly has no prior experience in politics said:

“I have been asked if we have the capacity to govern, and we have been emphatic in saying that alone — no — but with the blessing of God, and the support of the people, we are sure that yes, we can. Because Guatemala has made a choice that it wants a change,” he said.

What Tribunal? Wike is Joyful at Thanksgiving Service | Shades Amaechi