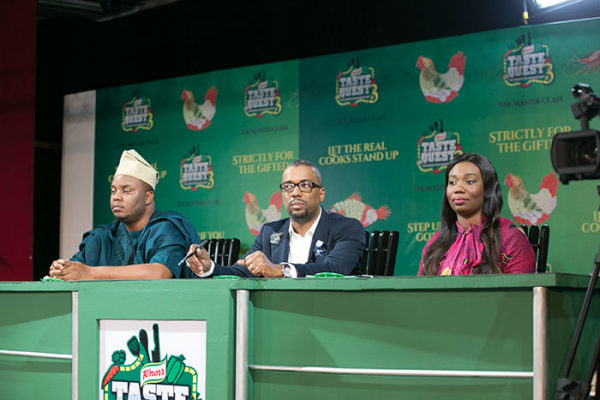 It is the finale of Knorr Taste Quest season 3 where we finally find out who takes it all! Last week our last female contestant, Hauwa left the show and for the first time in Knorr Taste Quest, we had all-male finalists. Everyone thought the kitchen was a woman’s domain but Dapo, Victor, Balogun, Davies and Tunji proved that men also had culinary prowess in the kitchen. 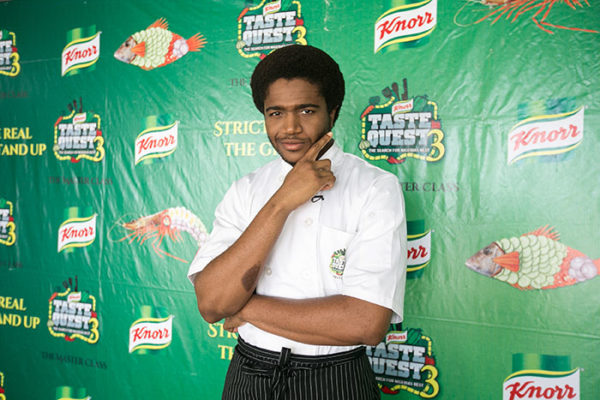 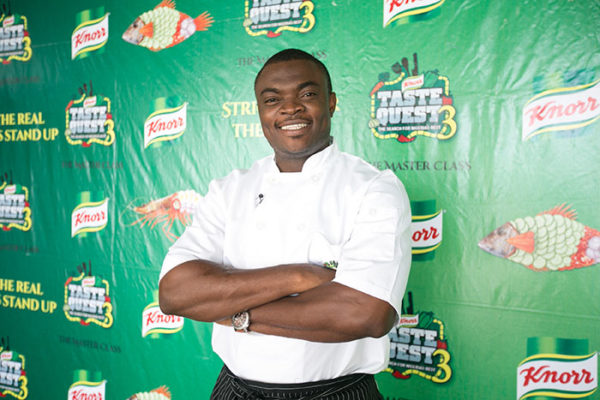 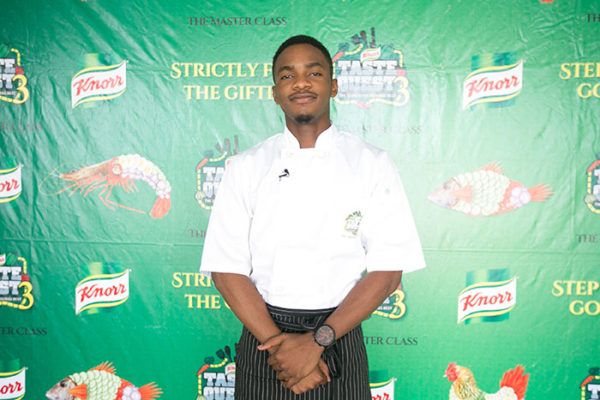 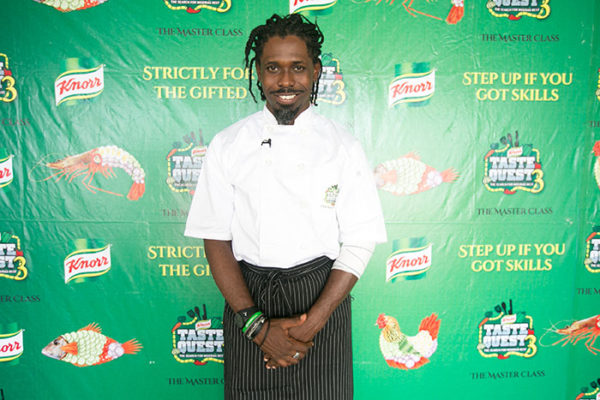 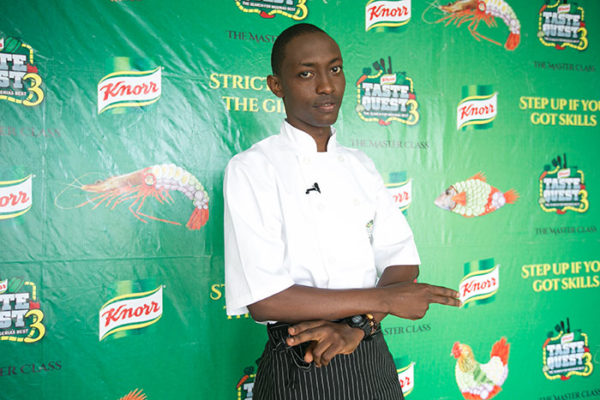 The heat was really on and this episode saw some of the evicted contestants come into the kitchen to assist the last men standing. The kitchen was full of intense moments as the tasks took a new turn and twist at every given time. The evicted contestants as well as the loved ones of the contestants watched the top five as they battle for the bragging right of Nigeria’s culinary best. The contestants were given 20 minutes to produce the best starter with compulsory ingredients such as Bread Fruit, Aubergine eggplant, Mushroom and a basket with Electric fish in it. 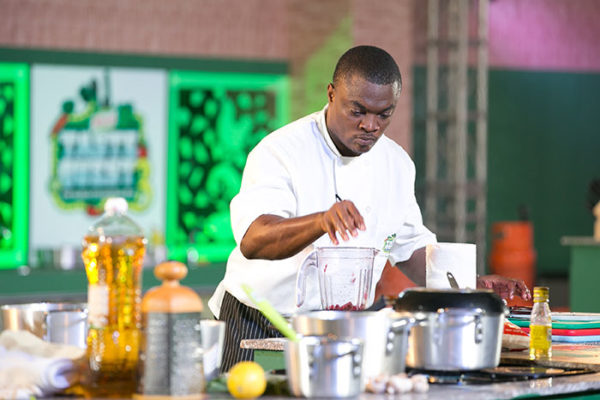 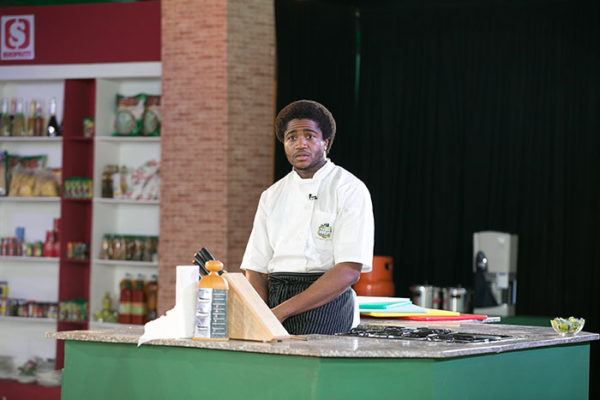 The funny moments during this task was when Davies got shocked severally by the electric fish as he had never handled one before and watching the other contestants battle with their electric fish. Come to think of it, have you ever killed an electric fish? What was your experience?

After 20 minutes of intense competition and display of skills and mastery, the judges tasted each of the dishes and were particularly impressed with Davies’. Chef Fregz particularly commented on his breadfruit being very good and he hoped he had more in his kitchen. Dr. Robert further said to Davies, “this is the best you have cooked in the 13days on the show“.

For their second tasks, the finalists took the battle further with the main course: 40 minutes to prepare a mouthwatering and tasty main course using garri, beet root, lamb, chicken and scent leaf as the must-have ingredients. The dessert for the day had Blue Band Margarine, Tangerine and Okra as the mandatory ingredients. What a day it turned out to be even Dr. Robert had to comment on the Eba made by Victor and he said “this is taking eba to the next level; i have never in my entire life tasted eba so good“.

After they exhausted the time allocated to them, Balogun was the first to plate all three dishes but the judges expressed displeasure as his food was over seasoned, Victor amazed the judges with his main course which included a well-Seasoned fried Eba but he presented a failed dessert. However, Chef Fregz and Dr. Robert were amazed and pleased with the Starter as well as the Main dish Davies plated. The guest judge, Chef Orighoye Dore-Job of Nylah’s Catering praised his presentation and the taste of his food but complained about the dusty plate. Chef Fregz was really proud of Davies when he mentioned being inspired by the recipe used by a cook from France who played with flavor and used the Daiquiri Trifecta’s notion to prepare a Caramelized Okra braced in whiskey. 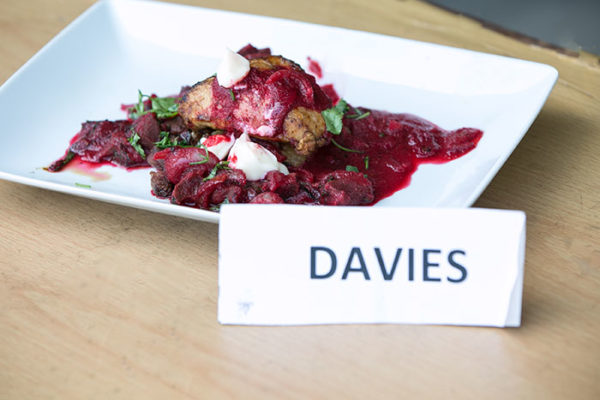 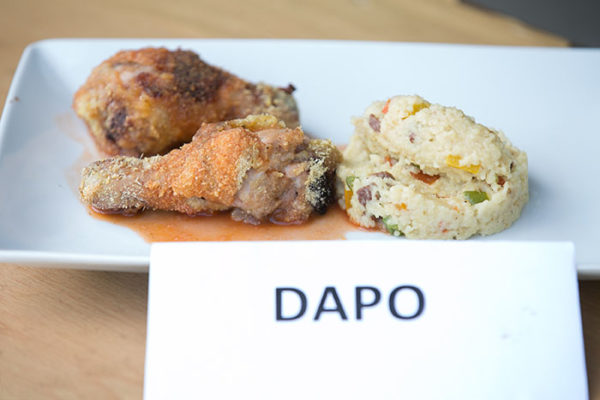 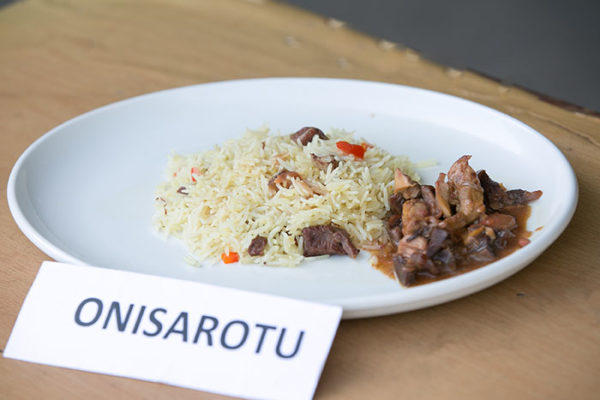 At the end of the three tasks, Balogun and Victor failed to rise up to the challenge of the finale and were evicted! In a surprising twist of event, Dapo, Davies and Tunji were shocked to learn that the winner of the Knorr Taste Quest Season 3, The Master Class, will be determined after the next task! No one saw that coming, not even the evicted contestants nor the studio audience. The competition for the ultimate prize was just heating up, the very hot Knorr Taste Quest kitchen became hotter and the already tensed final 3 were now at their peak! Who really will go home with the ultimate prize and the bragging rights? 25 minutes, Knorr and three mandatory ingredients (Bitter Gourd, Ginger and Chicken Wings) and the creativity of a champion to create ‘the meal of your life’ would determine the winner. One could cut through the tension with a chef’s knife.
Cooking over, the contestants presented their dishes to the judges, Davies once again made a very good impression with his dish which was warm healthy salad with apple vinaigrette and deep fried chicken.

After the judges’ deliberation and compilation of the scores for the day, the winners emerged. Mariam, the show’s presenter announced Olatunji Onisarotu as the third place winner. He went home with Five Hundred Thousand naira cash and three months free gas supply from Total Gaz while Dapo Lambo emerged the second place winner and was rewarded with a cash prize of One million Naira and six months free gas supply from Total Gaz. 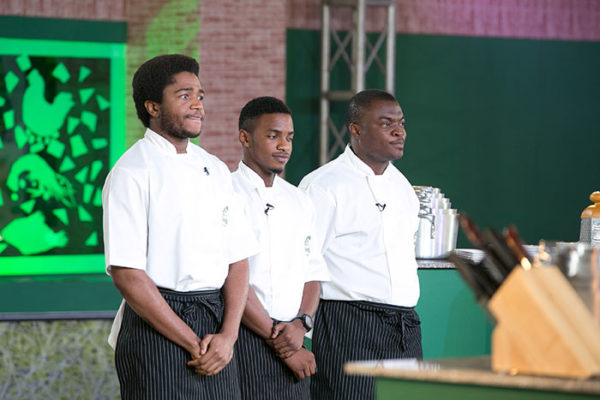 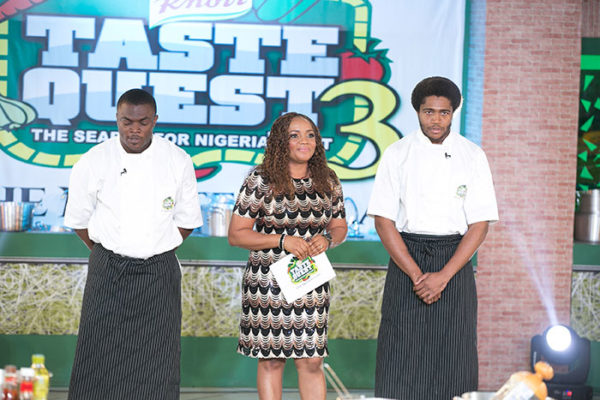 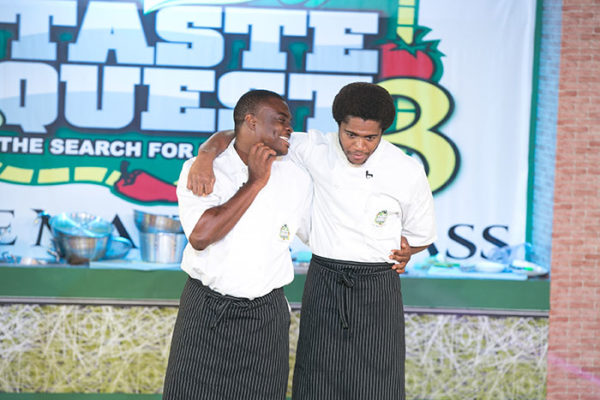 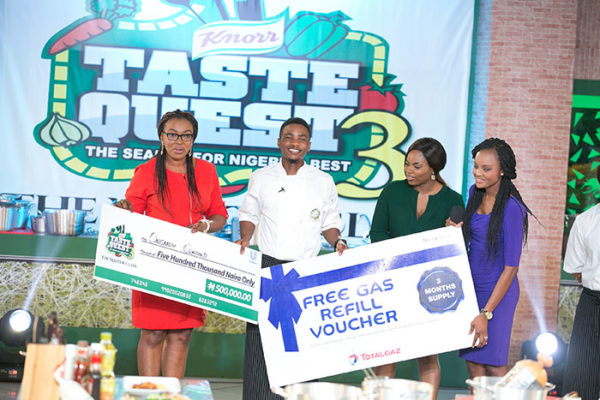 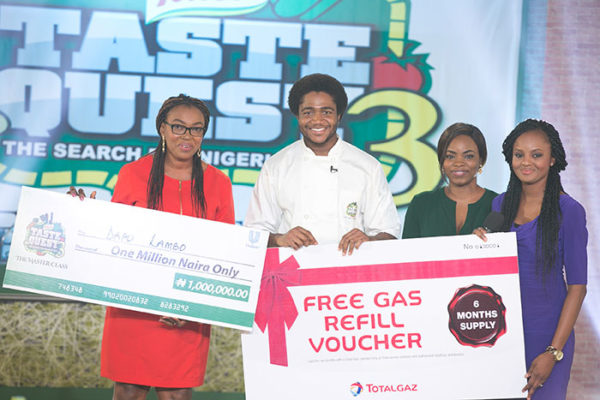 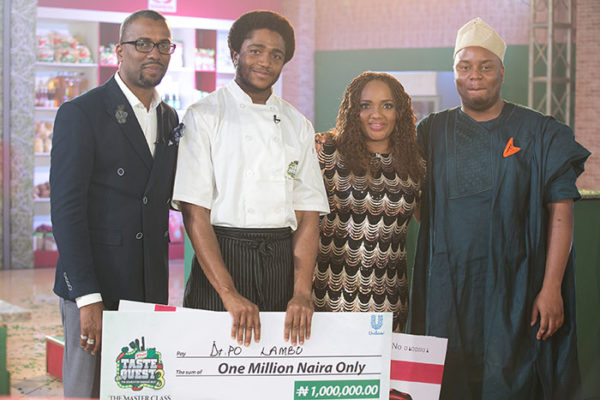 Davies Obiekea, who earlier described himself as “the Underdog” won the competition, winning the grand prize of Five Million Naira, lots of kitchen equipment, one year free gas supply from Total Gaz, loads and loads of Knorr Seasoning Cubes and most of all, the bragging right as Nigeria’s Culinary best – Knorr Taste Quest Season 3 Winner. A contestant, who appeared subtle suddenly, awoke his inner skills to cook dishes that affirmed him as Nigeria’s culinary best. 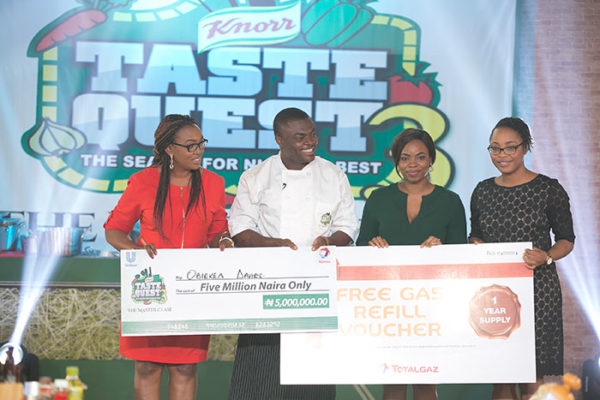 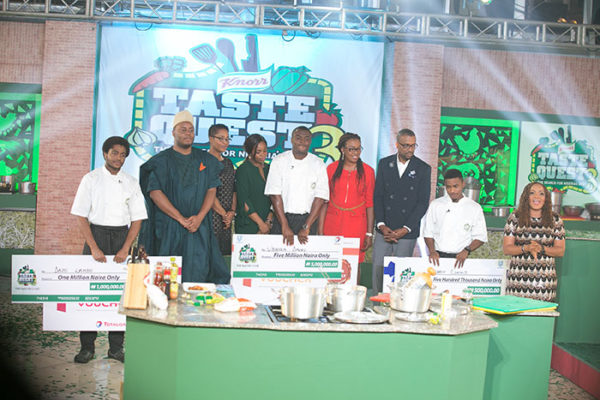