If you are currently in Lagos, then you are probably aware of the rising insecurity becoming prevalent in the city.

Governor of Lagos, Akinwunmi Ambode appears to be actively seeking solutions to the issue.

Ambode and some security operatives, were spotted going on patrol in parts of Lagos very early on Monday morning. They are said to have studied certain areas, and brainstormed effective security measures to suit each location. 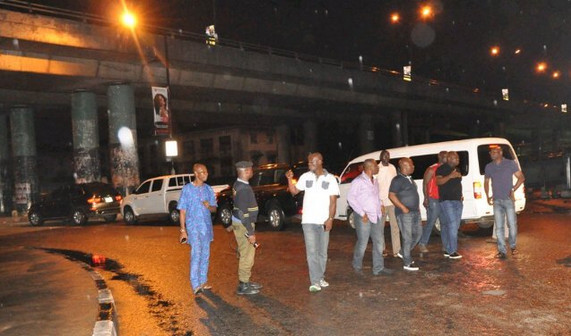 Also, the governor on Tuesday presided over the State Security Council meeting with an assurance to the people of the state that the government will increase security surveillance across the metropolis and continuously raid identified hideouts of criminals, akinwunmiambode.com reports.

The Pre-Order portal for the Corona Schools’ Edition of Monopoly board game is Now Open!