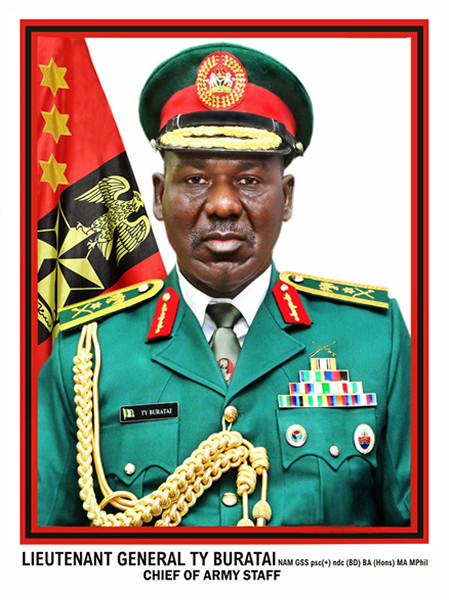 In a phone call with Vanguard, the General called it “a figment of imagination of the authors of the story”.

General Buratai, who is from Borno state and was appointed by President Buhari on July 13, 2015, stated,

“It is not true that our soldiers are missing. The soldiers went on a mission for the Nigerian nation and they have since returned and joined their battalions”.