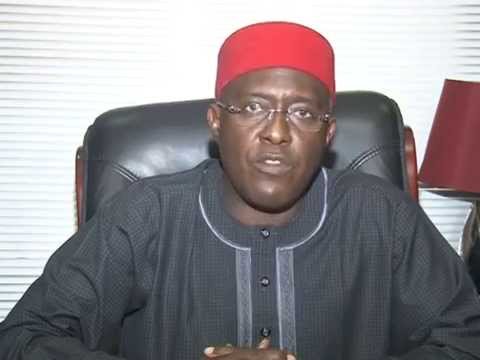 The Peoples Democratic Party (PDP) has expressed the opinion that President Buhari’s incessant statements about corruption in Nigeria are scaring foreign investors away from the country.

In a statement released  by its National Publicity Secretary, Olisa Metuh, PDP said:

It is worrisome that in the last six months, the President, instead of making efforts to harness resources and grow the economy, has rather continued to apply himself, perhaps unwittingly, to demarketing the nation and scaring away investors through negative labeling of Nigerians and unwarranted unhealthy portrayal of the nation’s economy.

In the last six months, our President has only succeeded in discouraging foreign investors with his continued misrepresentation of our country as a business unfriendly environment, where most of the citizens are basically corrupt, dishonest, and cannot be trusted.

Whereas we have restated our total support for the war against corruption, we insist that Mr. President’s unceasing blanket negative labelling of citizens, in a country where millions of honest and hardworking individuals/firms are genuinely contributing daily to the development effort, is indeed a disservice and injurious to the nation and the people.

Furthermore, Mr. President’s recent announcement to the world that the nation, with its abundant human and natural resources, is broke and cannot pay cabinet ministers not only sends a discouraging signal to the domestic and international business community, but also exposes the ineptitude of the present administration to meaningfully and sincerely exert itself and work with industrious and innovative investors to create and manage wealth.

We ask; how can any reasonable investor still have the confidence to invest in a country where the President himself continues to alert that his country reeks of corrupt people and that the government is broke to the extent it cannot pay cabinet ministers?

Is the President not directly advising investors against having confidence in Nigeria and the system, and that they risk not being paid for jobs awarded by government at any level?

More worrisome is the fact that Mr. President most times, makes his damaging comments in international fora with potential investors in attendance to the extent that reminds one of the proverbial father who, in the presence of potential suitors, often portrays his daughters as wayward and yet constantly complain of their inability to find husbands.

Indeed, this is not the way to go, Nigeria is a country blessed with abundant human and natural resources. What we need at the moment is a serious, innovative and practical approach with the capacity to harness the resources and create wealth for the benefit of all, instead of an apparently laidback scapegoat tactics with outworn excuses and unhelpful comments.

May we remind Mr. President that even in the darkest period of our economic challenges, successive administrations made efforts in steadying the economy, while always reassuring our citizens and the international community of the strength and economic potentials of our great nation.

We know that in the desperation to cover its apparent lack of economic plan, this administration has positioned cabinet ministers, upon inauguration to concentrate on diversionary blame game on the past PDP administration. But even this political deceit cannot combat the unpalatable consequences of Mr. President’s damaging utterances on the image of the nation and its economy.

Finally, we wish to remind the President and those around him that Nigerians, by the 2015 elections, have committed the fate of the country in his hands for the next four years and are not willing to accept excuses for any economic failures under his watch.

Ben Murray-Bruce Has an Interesting Question For You