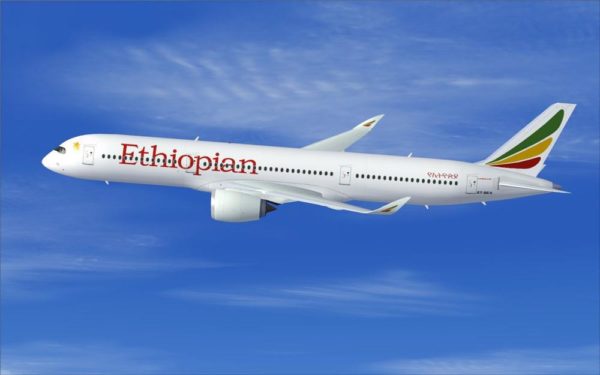 A Sudanese Muslim man  was detained after attempting to choke a Jewish man to death on an Ethiopian Airlines flight last week Thursday.

According to Daily Mail, trouble arose when the attacked realized he was seating behind a Jewish, Israeli man 30 minutes into the flight bound for Addis Ababa.

He then allegedly lashed out at the victim, 54-year-old Arik – striking him with a metal food tray and screaming ‘Allah Akbar’ and ‘I will slaughter the Jew’, reports state.

“Only after a few seconds, just before I was about to lose consciousness, did I manage to call out and a flight attendant who saw what was happening summoned her colleagues, ” said Arik. He also stated that during the attack, he called on other passengers to join in attacking him.

“Aside from the staff on board the Chad to Ethiopia flight, the only other person who came to his aid was a Lebanese passenger. He said once they overpowered the attacker, Arik was sheltered at the rear of the plane while his attacker was guarded.”

Speaking on the incident, a spokesperson from the airline said that the attacker showed no signs of violence when boarding the flight in Chad.

A Shocking Look at the Ebeano Fire in Lekki | Watch