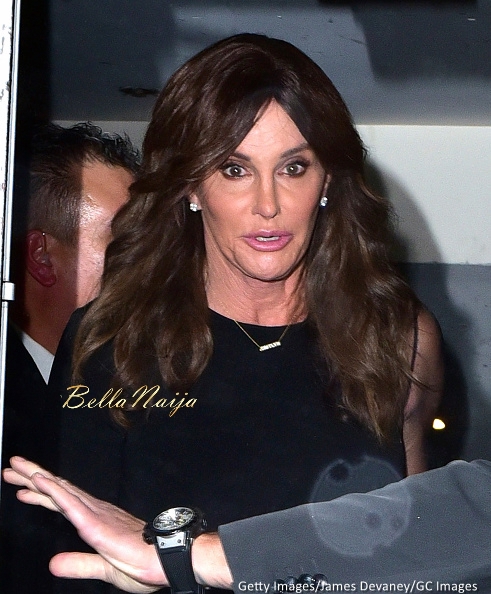 Caitlyn Jenner had a rough night last night as she emerged from the Hilton Hotel in Chicago after giving a speech to over 1000 people.

The speech had been about LGBTQ marginalization but when reality TV star Caitlyn Jenner stepped out of the hotel she was attacked by angry protesters waving placards and signs outside the venue.

In a video footage posted on Facebook, Caitlyn can be seen taking to a woman holding up a sign while other people can be heard shouting about being “insulted” and “violated.” In a different video, Jenner is told she’s an “insult to trans people.

On Facebook, a page called “#IAintCait: Protest Caitlyn Jenner’s ‘Miss Representation’ Luncheon” explains the issue protesters had with the event.

According to the page:

“Who, you may ask, did they select to speak on the issues facing trans people and especially trans women in our city? Caitlyn Jenner. Caitlyn Jenner, who lives in a mansion and has a net worth of millions of dollars, while the average trans person has a 41 percent chance of experiencing homelessness [sic] and a nearly 50 percent chance of living off less than $10k per year. Caitlyn Jenner, who said in a segment on her hit new reality TV series I Am Cait, regarding people who rely on social services to get by: ‘You don’t want people to get totally dependent on it. That’s when they get into trouble. ‘Why should I work? You know, I’ve got a few bucks, I’ve got my room paid for.’ If you think Chicago House’s shameless pandering to the trans community for mediocre representation, embodied by a clueless rich white woman who thinks disenfranchised trans women of color should just pluck themselves up off the street and stop being so lazy, is an insult and a disgrace, DO SOMETHING ABOUT IT! Meet us in the lobby Thursday to tell Chicago House, Caitlyn Jenner, and all her supporters that Caitlyn Jenner doesn’t represent trans people! Stand up and say: #IAintCait!”

Watch the short protest clip below.