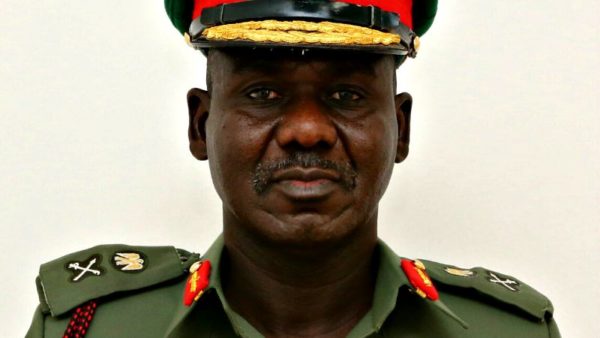 The Nigerian Army has urged Zaria residents to go about their legitimate businesses as the security situation in the city has been brought under control in the aftermath of Shi’ite group attacks on the convoy of Chief of Army Staff, Tukur Buratai in Zaria on Saturday.

The Nigerian Constitution guarantees the rights of any group of persons and Sheikh El Zak Zaky’s followers to hold a peaceful march or procession unhindered, but it also guarantees other people’s rights of way on public highways.

Acts that subject citizens to hardship, delays, threats and disruption of public peace cannot be tolerated and must stop.

As soon as order is restored to the situation in Zaria city and its environs, the Police will conduct an enquiry and the public will be informed.

In the meantime, the public is advised to go about their lawful business and report any suspicious persons or incidents to the police.

NAN reports that the Shi’ite group struck on Saturday the afternoon when Buratai went to pay homage to the Emir of Zazzau, Alhaji Shehu Idris. Reports further state that Buraratai was also in town to  attend the passing out parade of 73 Regular Recruits intake of Nigerian Army Depot, Zaria.

According to Usman,  members of the group, wielding dangerous weapons, obstructed the main road with stones and tyres. He said further that the members threw stones and dangerous objects Buratai’s convoy. He however noted that Buratai was not hurt.

Usman said: “We wish to implore all Nigerians to continue to be law abiding and remain conscious of other people’s right to life and freedom of movement.”

There are conflicting accounts about exactly what happened on Saturday, as while the Army has accused the Shiite followers of attempting to assassinate Buratai, the Islamic movement said the soldiers simply decided to attack “defenceless people,” Vanguard reports.

Pres. Buhari Thanks Musicians for their Contribution to APC’s Electoral Victory