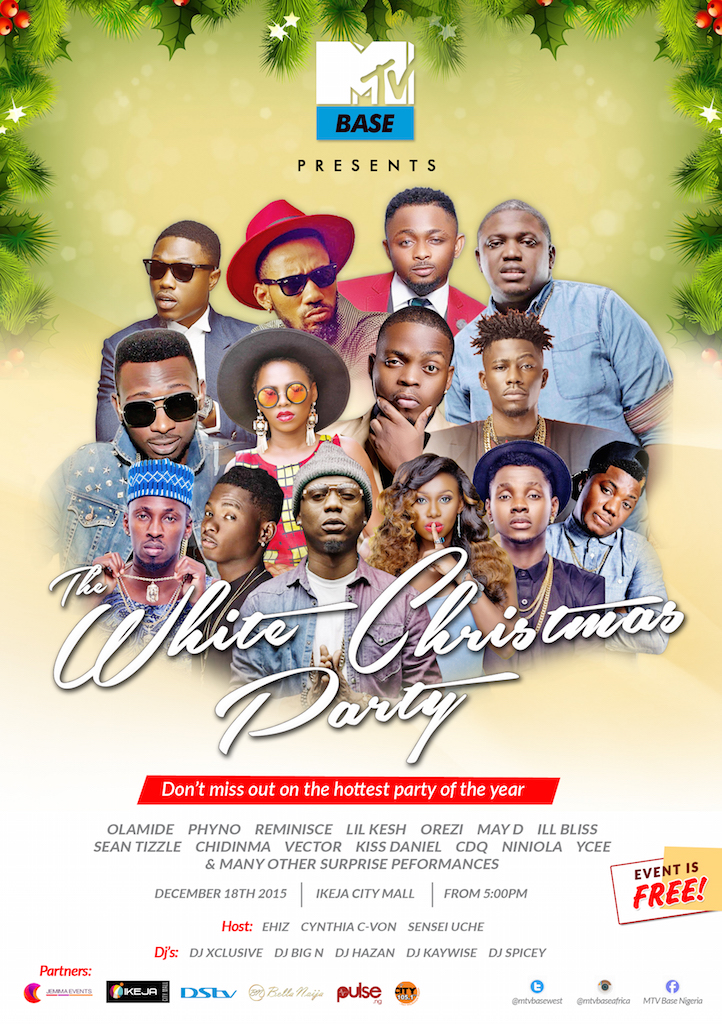 Fresh from being named “Nigeria’s Hottest Artist of 2015” by MTV Base (DStv channel 322), YBNL frontman Olamide is set to headline a roster of superstar artists who will descend on Ikeja City Mall Grounds for the biggest “White Christmas” party ever (18 December).

Other performers on the night will include Immaculate, Ms Kizz, Big Sheff, Victoh and JJC, alongside many other surprise performances.

Keeping the party moving on the wheels of steel will be The Mavins’ official DJ Big N, alongside superstar DJ Xclusive. Completing the turntable line-up are DJ Kaywise and DJ Spicey, guaranteeing that this will be one Xmas you just don’t want to miss.

Giving her thoughts on the MTV Base White Christmas Party, Colette Otusheso, Head of Marketing and Events, VIMN Nigeria commented, “This year has been a memorable one for all of us at MTV Base and we will like to end the year celebrating with our viewers who have shown us support. This is also our tenth year anniversary and what better way to end the year than by rewarding our fans with the biggest Christmas party ever – and it is totally free! We have such an amazing line-up and I’m sure that attendees will have the time of their lives“.