#BN2015Epilogues: Losing Her Dad & Everything that Came with It Refined Anne-Rose 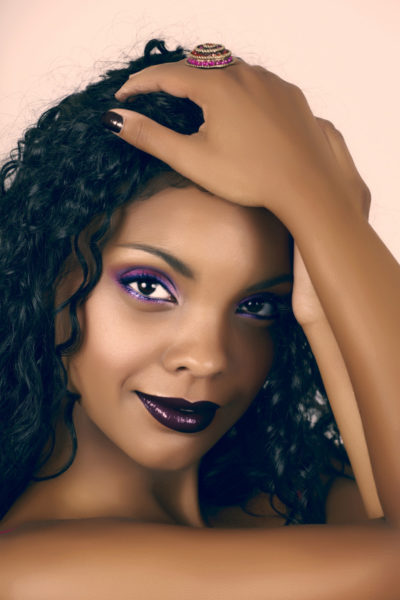 We have had an overwhelming response to the call for Epilogues and we’re grateful to everyone who has sent in an entry. We will do our best to share every story we received before the deadline (even if it runs into the new year. Because BellaNaijarians are so awesome!). It’s the 21st edition on this series and we’re sharing Anne-Rose‘s story. Losing her dad this year and having to go back to Nigeria, she put off her big dreams. At the end of the year, she recounts how the experience has refined her. We hope you enjoy Anne-Rose’s story as much as we did.

***
I entered into 2015 with big dreams. I had it all figured out: I was going to take control of my life; be my own boss; spend more time with the kids, and decide if to wake up in the morning or sleep till noon. (If only someone had told me there was no clock off time when running your own business).
I was going to ditch my 9-5, quit my job as a project manager in finance and do a thousand and one things. This year was going to be about ME! So armed with all those dreams and the support and blessing of Le Hubster, I started working on my business plan after handing in my resignation.

At the end of January I took a trip to Nigeria. There were several reasons behind this trip, but the most important was to see my dad who i hadn’t seen (except via Skype) since 2008. We hugged, we laughed, we joked, we cried, reminisced and I was daddy’s little girl once again. Only, I wasn’t to know this was the last time I would hold my dad.

Dad passed away a few months later whilst on holiday with mum. Getting that dreaded phone call in the middle of the night from mum was the most shocking jolt. I spiraled into auto pilot mode: calling my siblings to let them know, and making arrangements for him to be repatriated.

Then I had to travel back to Nigeria to be with mum as she arrived with dad’s body into the country and making funeral arrangements. It became more traumatic when I realized that it wasn’t enough to lose your dad. The hassle included dealing with the drama of relatives and “well wishers”, everyone and their mama having an opinion of what should be done and how it should be done.

It involved going to a village I hadn’t been to since I was 11 and being told there were certain rites we were expected to perform. Everything had a monetary value attached to it – even a simple greeting and you’re expected to drop some money.

A couple of weeks later, I returned back to the UK having put my business launch, which was fixed for August on hold. I was glad to be away from the madness of arranging dad’s funeral; glad to see my kids and hubby. I was just happy to have some kind of normalcy back; and a bit of good news as my smear test, which earlier results had come back as having abnormal cells, and being referred for a colposcopy came back all clear. It was a great relief as I don’t know how I’d have handled having that added to my already strained life.

For the 3rd time this year, I was back in Nigeria – to send off my first love. I went through the whole process like one in a trance. I was not allowed to grieve, neither was my mind allowed to register the fact that my dad was gone forever.
The whole funeral and the lead up to it was unnecessarily stressful; and I went away feeling like it’s a bad thing to die as a Nigerian, promising myself that I was definitely getting cremated when my time was up on this earth. I found myself ask questions like why we are such a religious country, yet cling on to archaic and barbaric ideologies which we dress up as culture and tradition – when it suits us. Other times, they’re used as a means of extorting money. Why do we have to make even the simplest things so darn complicated?

With these gnawing questions and a tired sense of futility, I came back and threw myself into work. Ruby Opulence was launched, got my first client, 2nd client and still growing.

4 months after dad’s death, I’m finally coming to terms with the loss. I, however, have decided to focus on only the good. Dad was 78 and had been diabetic for almost 26 years and managed it well thanks to mum. He raised 4 amazing kids and saw them become successful (although some of us are still growing). His 5 grandchildren loved him – the 6th one was born a few weeks after dad’s death. He was happy, made sure everyone around him was happy and you couldn’t be in his presence and not laugh.

As 2015 comes to an end and I reflect on my journey: my losses, my wins, the trials, my success, friends who are more than family, my immediate family and my support network and I’m grateful for it all.

Like gold, I’ve gone through my smelting process and entering 2016 all refined and ready to kick a$$. Enjoying and living each day like it’s the last.

Anike Afolabi: 6 Things Your Children Should Be Grateful For in 2015