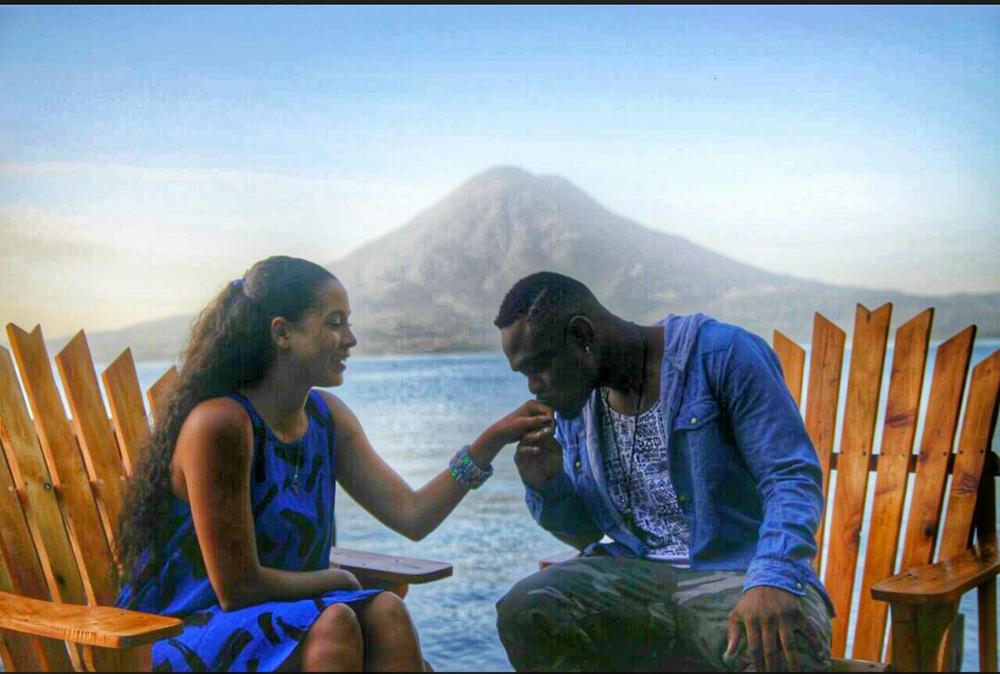 It’s one thing to propose with a big sweet grand gesture, but it’s quite another to have a relationship filled with surprise gifts from years of anniversaries and holidays together!

From Morocco to South Africa, Jamaica to Panama, from the beach to the desert, skiing to attending the Swazi king’s wedding, Gabe Inyang @ginyangsworld and his girlfriend Mariel Bird had been to 14 countries when it was time to propose.

The proposal was preceded by an elaborate scheme so she won’t have a clue! He even paid an honorary visit to his bride’s father’s grave to ask for his permission. Here’s the romantic story from the groom himself.

Six months before the proposal, I created a fake email from an Expedia travel agent, advertising a chance to win an all-expense-paid summer vacation to somewhere in the Caribbean or Central America. Having signed up for these shot-in-the-dark contests in the past, Mariel asked me to sign her up, and I told her that I had entered both of our names in the raffle.

Over the next few months, I continually updated Mariel with news on whether we had advanced to higher rounds and the possible locations Expedia was considering sending its winners. Because Mariel was in New York completing a summer internship, she was busy enough to avoid becoming suspicious of our good fortune as we advanced further in the raffle and was eventually thrown off completely when I told her that I had been knocked out. When news came that she was selected as a winner and was on her way to Guatemala, Mariel was ecstatic and quickly encouraged me to buy my ticket, not knowing I had already planned every detail of the trip – ring included.

When we arrived in Guatemala we headed to Lake Atitlan—a crater-lake surrounded by volcanoes. I wanted to propose in the middle of our trip and knew that the only way to successfully get Mariel to wake up at dawn and get dressed and camera-ready without becoming suspicious would involve some creativity. To pull it off, I asked the bungalow owners (months in advance) to approach us at some point during our stay and kindly ask us to model in an ad for their quarterly Airbnb brochure. Mariel agreed, and two days later we woke up at 5 a.m. to get ready for our sunrise “photo-shoot.”

When we got to the floating dock, our photographers (the hotel owners) were setting up chairs and “scoping out the lighting.” They had asked us to bring items to make the photos look more natural, so I brought a bottle of champagne and a magazine. Most importantly, as we sat down I pulled out a custom-made deck of cards with photos of us from each country we had traveled to together on the back of each card. As I began to show Mariel the cards and reminisce on all the great times we’d had in Portugal and Swaziland and Panama, however, my Birdy was barely paying attention, her focus instead firmly set on her hair blowing in the wind and her posture for the apparent “Vogue photo-shoot” we were taking part in. Not having planned for this reaction, I continued to ramble, but it was only when the photographers moved away from us that she really began to pay attention to me and the photos I was attempting to show her. When we finally got to the final 14 cards—all hearts—I fanned them out and held them out for her to see. On the back were pictures of us from all 14 countries we had visited together, with the 14 letters W.I.L.L Y.O.U M.A.R.R.Y M.E.? printed across them. 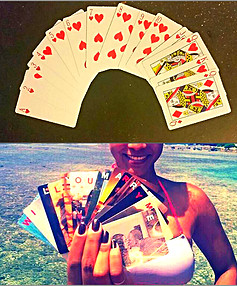 As Mariel read the cards her face turned to shock. I dropped to one knee, told her how many more life adventures I am looking forward to sharing with her, and asked her to be my wife. In the happy chaos that followed, I had one more surprise. “Pack your bags,” I told her, “we’re going to Honduras!”

My favorite person in the world will soon become my wife. Asking her to spend the rest of her life with me is the best decision I’ve ever made and I look forward to our fall destination wedding in Guatemala and future together.”

Watch the montage of their many adventures, and of course, the proposal!

BellaNaija Weddings wishes Mariel and Gabe a happy and adventurous life as One.