Buratai on Army-Shiite Clash: "I Escaped by the Will of God" 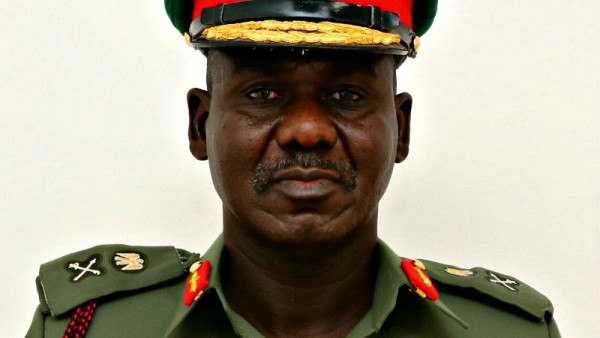 In the aftermath of Saturday’s clash between the Nigerian army and the Shiite Muslim sect, accusations are still being made, with both parties blame the other for the incident.

Chief of Army Staff,  Tukur Buratai, on Monday told newsmen that he escaped being harmed by the “will of God,” Vanguard reports.

Buratai reportedly stated,“You want to know how I escaped? It was by the will of God that I was able to escape from the place…I think NTA was there and they aired the clip, it was very clear. They (Shiite) were violent and the clip is there.”

On the other hand, Shiite sect spokesman, Ibrahim Musa revealed:

“We have reports that bodies of our members killed outside the house of our leader, Sheikh Ibrahim Zakzaky are being evacuated in trucks by soldiers and our leader was arrested this morning (yesterday) in his demolished home by soldiers where he had been holed up in a room that was spared from the fire that gutted the house from grenades.”

Musa also alleged that the army was not only selectively killing its members yesterday, but it had instigated the public to join in the killings.

Spice up your Holiday with Amazing Hotel deals at Sheraton, Le Meridien & Four Points by Sheraton