"Most Women Are Like Kim Kardashian" OAP Freeze Shares His Experience 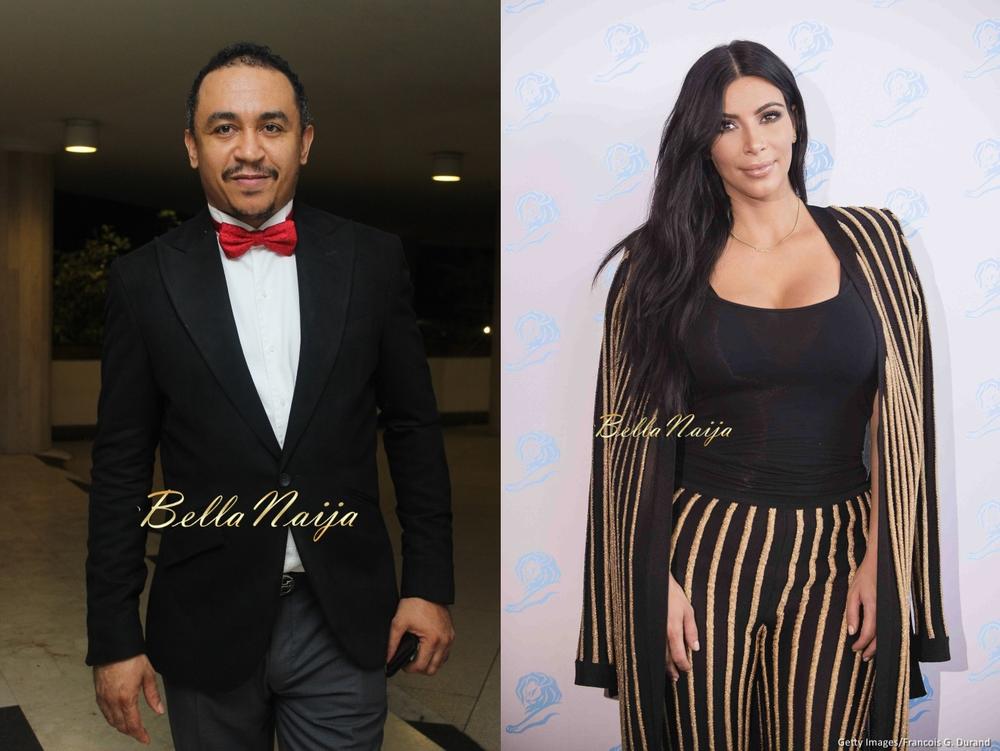 Kim Kardashian‘s NSFW selfie seems to be making more and more waves after the huge splash she made once she shared the picture on her Instagram page yesterday.

He shared this two-part personal experience on Instagram and it sure has gotten a lot of people talking:

Most women are like Kim Kardashian… The only difference is Kim gets paid. A very close ‘married’ friend of mine came around the other day asking me for help. He is into construction and due to the dwindling financial situation in the country he hasn’t sold a house in almost 1 year. So he hands over his iPhone to me to show me some of the his properties asking me to scroll through his gallery. After scrolling through about about 25 pictures of houses I stumbled upon a naked ‘kpek*s’. I tried to quickly scroll away, but before I could my eyes swallowed another and another and another. There were an assortment of pictures of different ‘bits’ and ‘pieces’ of a woman’s naked body without showing her face. A bit embarrassed, I handed his phone over to him. Without a hint of shame, he explained to me that that was his separated account manager he has been ‘shagging’ for a while. According to him, she has a son and she is hot!!!! As I write this, my mind’s eye, I still clearly sees the expression of excitement in his eyes as he described every detail of her body (the remaining 20% I missed in the pictures) he even offered to bring her over to Chocolat Royale so I could meet his ‘trophy’. 2 days later, I stepped out of a meeting in the office only to see about 16 missed calls of which 13 were from my friend. I returned his call and he complained about me not picking my phone that he was at Chocolat Royale with his ‘babe’ and he wanted me to meet her. So I rushed out of my office to Royale to meet them. She was sitting with her back towards the door when I walked in and I mentally tried to match the pieces I had seen on my guys phone to that of the lady in front of me and when she turned around to greet me with a smile that faded immediately she set her eyes on me! My friend must have told her he had a surprise for her or not even told her at all trying to surprise her because I guarantee that if this woman knew she was coming to meet ‘freeze’ she would never have agreed as she is the wife of one of my schoolmates who resides in Yankee…………

Here I am, staring at my friend’s wife sitting next to my other friend, who I know is an absolute freak. I know he must have dissected her body and used it to its maximum potential. My friend also never uses protection because he is quite ‘endowed’ and finds it uncomfortable. He is married and has a string of girlfriends. His wife may or may not have an affair and his girls are mainly university students he is ‘taking care of’. Experience has shown me that most university girls dating rich men, usually have one or two ‘school boyfriends’ who cater to their school needs i.e. Club parties, academic issues etc. My fear for my pastor friend is that he now comes home from America once or 2ce a year and dips into a grimy pool of illnesses and issues both physical and spiritual, shared by at least 20 and as many as 50 other people, because as the saying goes, “you have slept with everyone your partner has slept with”.

I am still in a serious dilemma right now, do I tell my friend or do I hold my tongue and ‘save their marriage’? Anyway back to the main issue……..There are many differences between Kim Kardashian and my pastor friend’s wife. One is Kanye knows his woman, this includes her abilities, shortfalls etc while my pastor friend ‘thinks’ he knows his wife. He is probably worshiping in the church of ‘assumption’ right now, thinking his wife is a good, decent girl.The second issue is while his ‘decent’ wife only earns peanuts for her nudes and requires him sending her a monthly allowance from the US, Kim just paid Kanye’s $53million debt.Rewind to about a month ago when I put up a post saying I would want to have a Kimye relationship with bae he called me up, telling me, in his own words, “to stop glorifying a morally bankrupt woman and her sinful relationship”. My question now, is his own relationship less sinful & more morally upright? Over to Piers Morgan who accused Kim of being ‘desperate’. Piers your last real job was in 2004 since then you have been hustling like a 2 dollar hooker. You failed in your ‘attempt’ to take over from Larry King & you call her desperate?