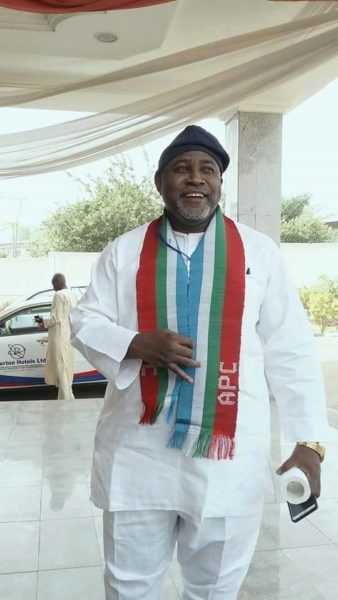 James Eneojo Ocholi, Minister of State for Labour lost his life in a collision on the way to Abuja from Kaduna today at Kilometre 57 of the highway.

His second son, who was on the trip, also died immediately. Ocholi’s corpse has already been placed in the morgue of the National Hospital, Abuja.

NAN reports that of the seven people involved in the accident, the minister, his wife and his second son died while four others were injured.

Bisi Kazeem, the spokesperson of Federal Road Safety Commission (FRSC), confirmed to the News Agency of Nigeria in Abuja that the corpse of the minister was taken to the hospital along with two other casualties.

Kazeem explained that the deceased lost their lives in a crash that occurred at Kilometre 57, along Kaduna-Abuja highway on Sunday.

“The minister and two other occupants died eventually, while four people were injured,” he said.

His wife, Blessing Fatima Ocholi has lost her life in the hospital, from injuries sustained in the car crash. She initially survived, although she was in a coma. 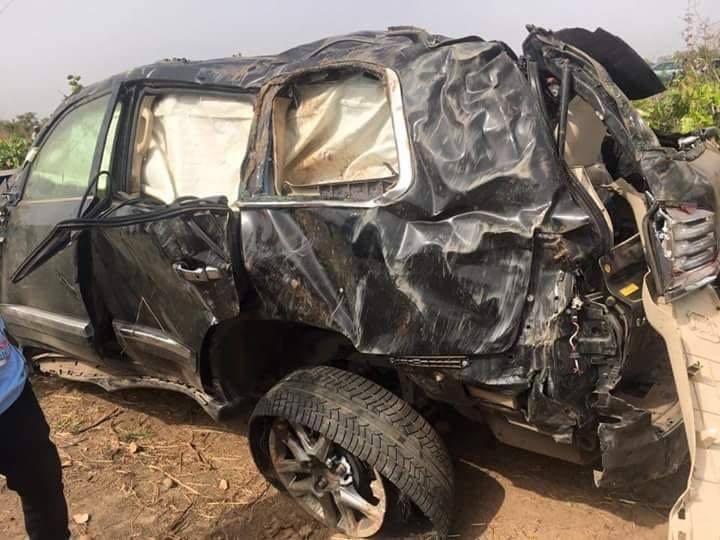 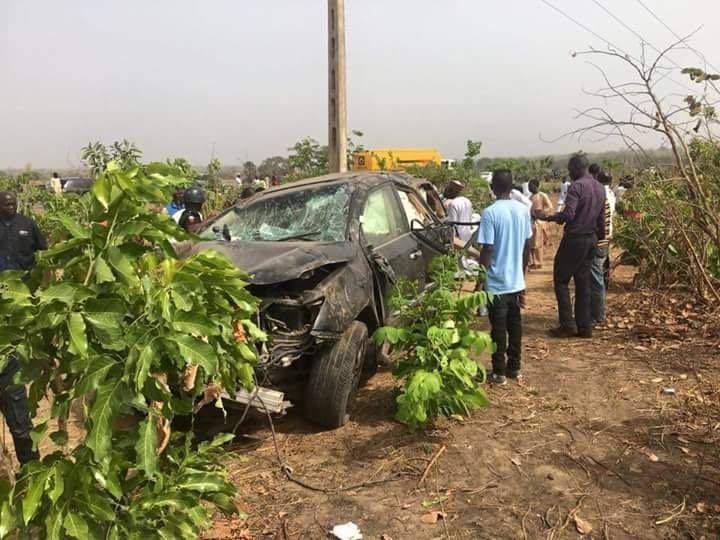 In his lifetime, the minister, from Kogi state, was a Senior Advocate of Nigeria, and the couple was blessed with five children – two sons and three daughters, Ojone Peace, Aaron Enojo Jr., Joshua Eb’ojo, Uyo Blessing Jr. and Ele Excellent.

President Muhammadu Buhari has also expressed shock and sadness over the death of Minister of State for Labour, James Ocholi, who, together with his wife and son, died in a car crash on Kaduna/Abuja expressway on Sunday.

This is contained in a statement issued in Abuja on Sunday by Malam Garba Shehu, Senior Special Assistant on Media and Publicity to the President.

The president maintained that late Ocholi was an accomplished and patriotic Nigerian, who was keen to accept the call to service at a time his country needed him. According to the president, in the few months he had been in office, he had started to distinguish himself through his commitment and dedication to his portfolio.

Buhari also consoled with the government and people of Kogi, for having lost a distinguished son.

He prayed that God would comfort and grant them the grace to bear the loss.

“The entire country mourns the loss of this great man, who has sadly left us when we need him most”, he said.

“It is with great sadness that the Kaduna State Ministry of Health and Human Services further announces the death of Mrs. Ocholi at Doka Hospital, who was in coma since the accident near Rijana, along the Kaduna-Abuja Road.

Earlier, the death of Minister Ocholi and his son were announced. May their souls rest in perfect peace, Amen.”

The Secretary to the Government of the Federation, Babachir Lawal, told newsmen at the National Hospital in Abuja that he was at the hospital to convey the President’s condolences to the family, Kogi State and Nigerians.

“It is a great loss indeed,” he said.

The Kogi State Governor, Yahaya Bello, described Ocholi as “a man loved by many people in the state”.

He contributed his quota to (development) of society. We received the news which was shocking to everyone in the state.”

The News Agency of Nigeria (NAN) reports that the Minister of Labour, Dr Chris Ngige, and former Minister of State for Internal Affairs, Humphrey Aba, Sen. Dino Melaye (Kogi West), were at the hospital to sympathise with the family.

NAN reports that family members and a horde of sympathisers were at the venue.

Just as journalists were making their reports, the wife’s corpse was brought in and deposited at the mortuary.