Drake's Track "One Dance" feat. Wizkid is Set to TOP the UK Chart for a 2nd Week! Jumps to TOP of Billboard Digital Charts 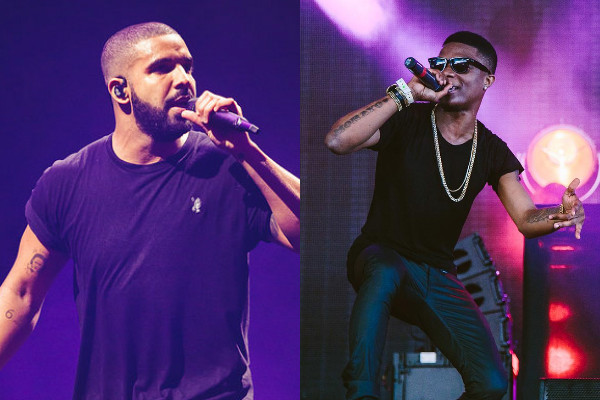 “One Dance“, Drake‘s single from his upcoming album “Views From the 6” is set to top the UK Singles Chart for the second week running. The song features Nigerian superstar Wizkid and Filipino R&B singer Kyla was actually Drake’s first-ever UK Number 1 as a headliner when it topped the charts last week.

Last week he scored his first chart-topper as a lead artist, and Drake is clearly reluctant to let go!

The Canadian rapper look set to hold on to the Number 1 spot with One Dance, which rocketed up the Official Singles Chart last week to end Mike Posner’s tenure at the summit.

Drake previously hit Number 1 as a guest on Rihanna’s What’s My Name in 2010, but One Dance is his first as a headliner, with a little help from Wizkid and Kyla, of course.

That’s more than enough good news for Drake, Wizkid and Kyla but there is more…

“Dance” wins top Digital and Airplay Gainer honors on the Hot 100, as it also enters Radio Songs at No. 34 (33 million in airplay audience).

This Interview of Seun Egbegbe has Gone Viral