Aisha Oyebode is a renowned entrepreneur and the head of the Murtala Muhammed Foundation (Named after her late father General Murtala Muhammed). Along with her husband Gbenga Oyebode (renowned lawyer and former Chairman of Access Bank), she is involved in various business and charitable initiatives.

She visited Chibok, the place where young Nigerian girls were kidnapped by Boko Haram and till today, most of them are still missing. Read about her experience below. 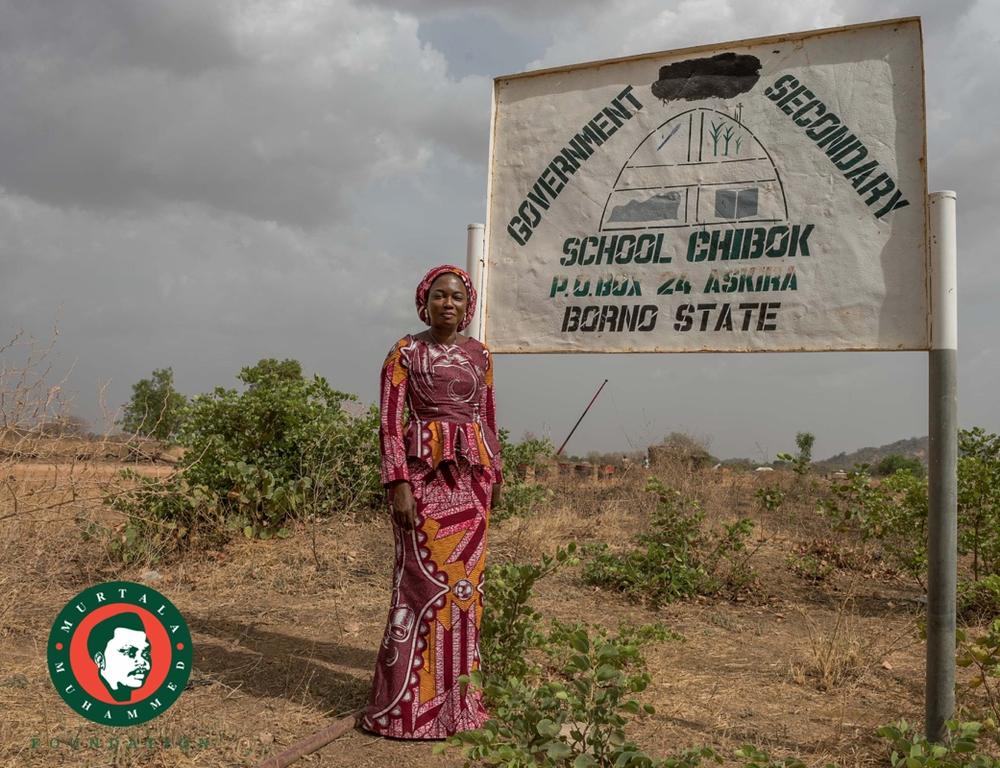 Monday April 11th I visited the Government Girls Secondary School in Chibok to meet with the parents; mothers and fathers of our Chibok daughters ahead of the 2nd anniversary of the abduction of our Chibok daughters. Last month the parents had indicated that they would prefer that the anniversary be hosted in their school, they wished to be in their own surrounding to reflect and pray for their daughters and commune on what they wish and want in their continued loss.

We approached the Ministry of Women Affairs on behalf of the Families and they accepted to work with us to make this reality. My preceding visit was to work with their parents in reviewing their plans, logistics for the visit and to prepare for such an important occasion, which will take to them a strong government delegation and give them the opportunity to be heard and ask for the continued government support they needed.

Arriving at the GGSS Chibok was a bitter sweet moment. Though I have met large numbers of the mothers of our daughters, I met many fathers as well. I could hug the mums and convey directly to all the parents that there are many of us out there in the world crying for their daughters to be released and I could sense that gave them so much comfort. Being physically in the school however really brought home the stark reality of the abduction of our girls.

The message I bring back is that of gratitude to and prayers for every one who has supported the cry for their daughters’ return.

When I asked if they wanted to articulate other requests from the Federal Government, their initial response was that they wanted nothing except that their daughters be returned. However I told the parents that the schools destroyed by Boko Haram should be rebuilt. I told them that rebuilding Government Girls’ Secondary School will be a symbol that the community remains resilient in the face of adversity, I also that it is important for the younger children to resume school as soon as possible so “WE HAVE TO BRING BACK OUR GIRLS AND BRING BACK OUR SCHOOLS“

There was a high level of security and relative calm. As emphasised by the chairman of the Missing Girls’ Movement Mr Yakubu Nkeki, despite what happened their community was never fully occupied by Boko Haram and those that were occupied had largely been liberated.

It was evident that much of our territory has been taken back by the Nigerian . As we drove from Yola to Chibok, we could see even in Adamawa State, buildings that had been blown up,, with many riddled with bullet holes which showed how far Boko Haram incursion into our territory had gone. However we could see significant rebuilding efforts both on the road including the shiny new roofs of many new buildings in the villages.

I really cannot end this report without truly thanking our Nigerian military for their valour and patriotism. As I interacted with the different brigades that kindly escorted us from Yola to Chibok and back, a journey that took 13 hours plus, I saw young Nigerian soldiers that were drawn from all parts of our great country working hard to defend our territorial integrity. I am truly proud to be a Nigerian. 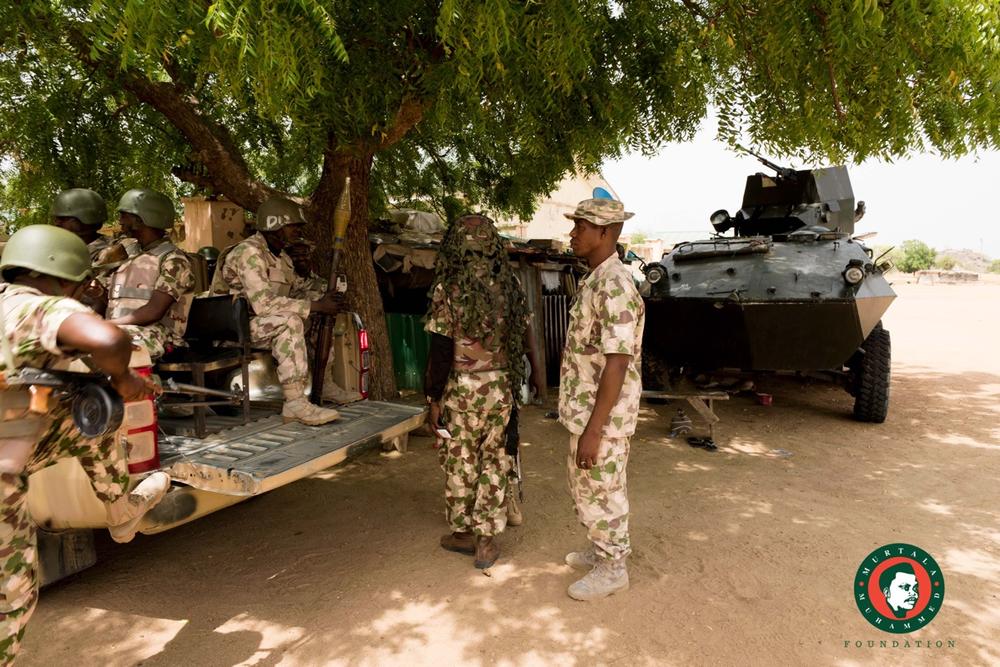 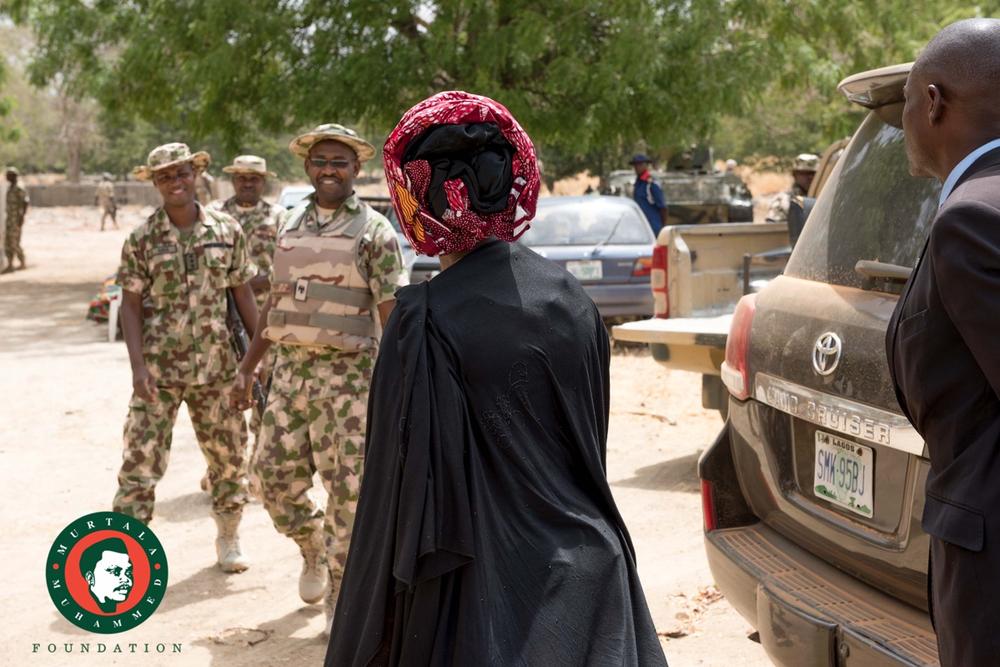 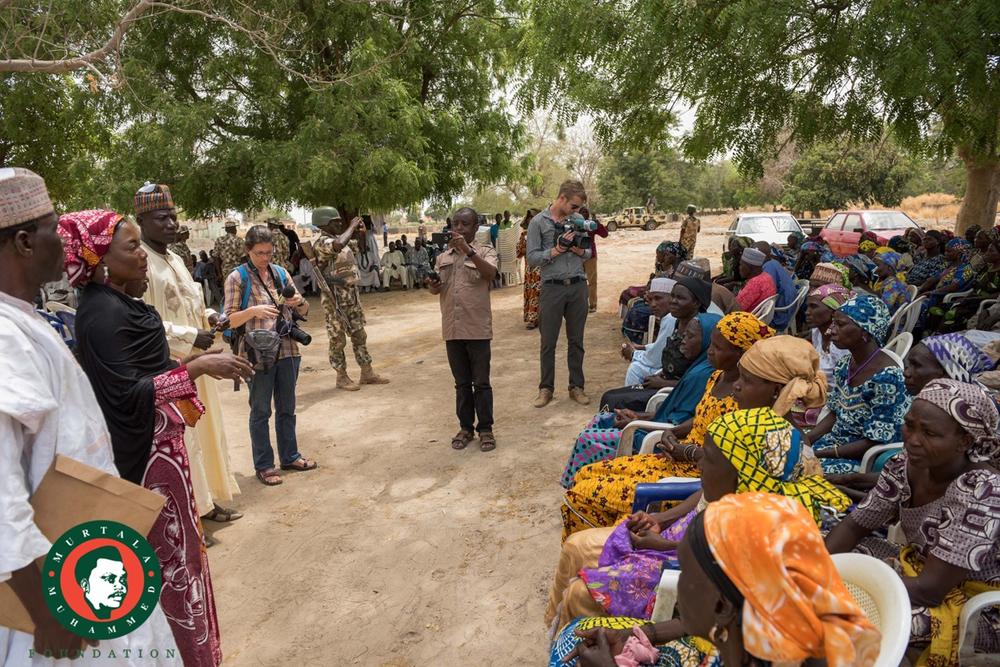 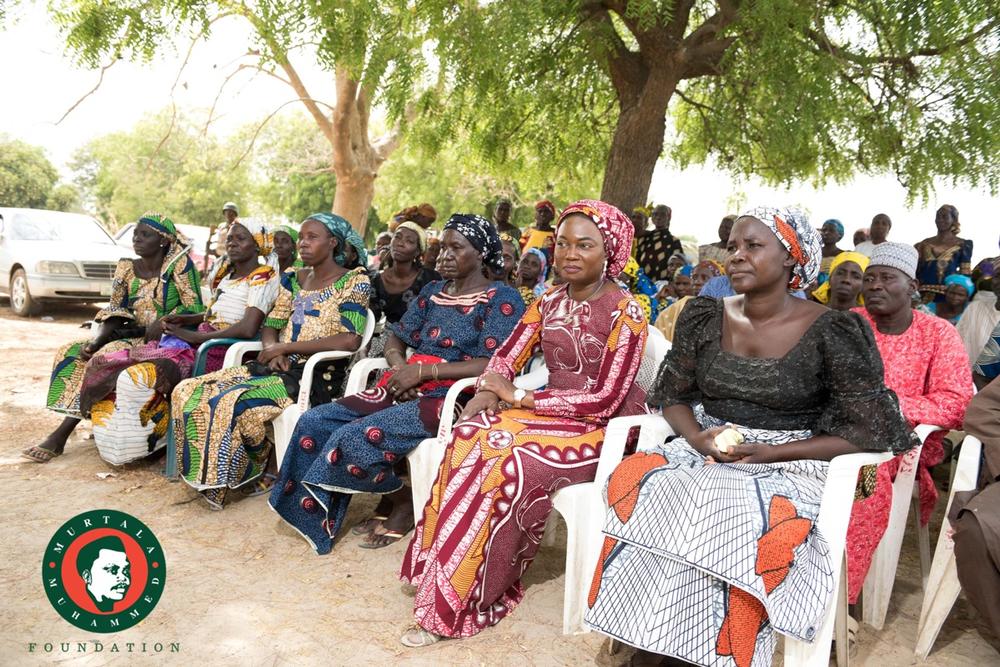 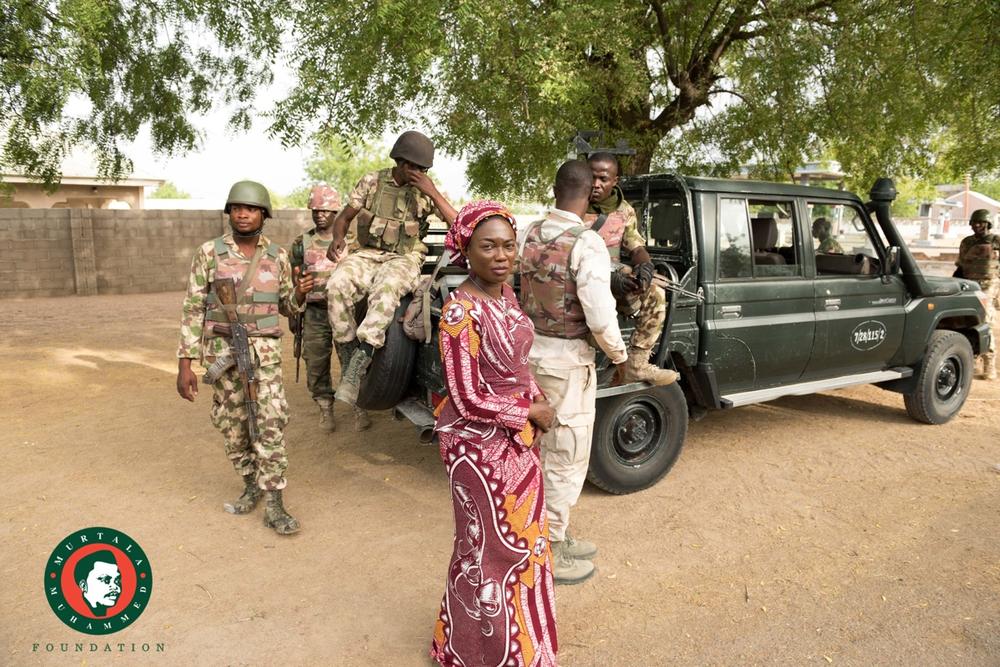 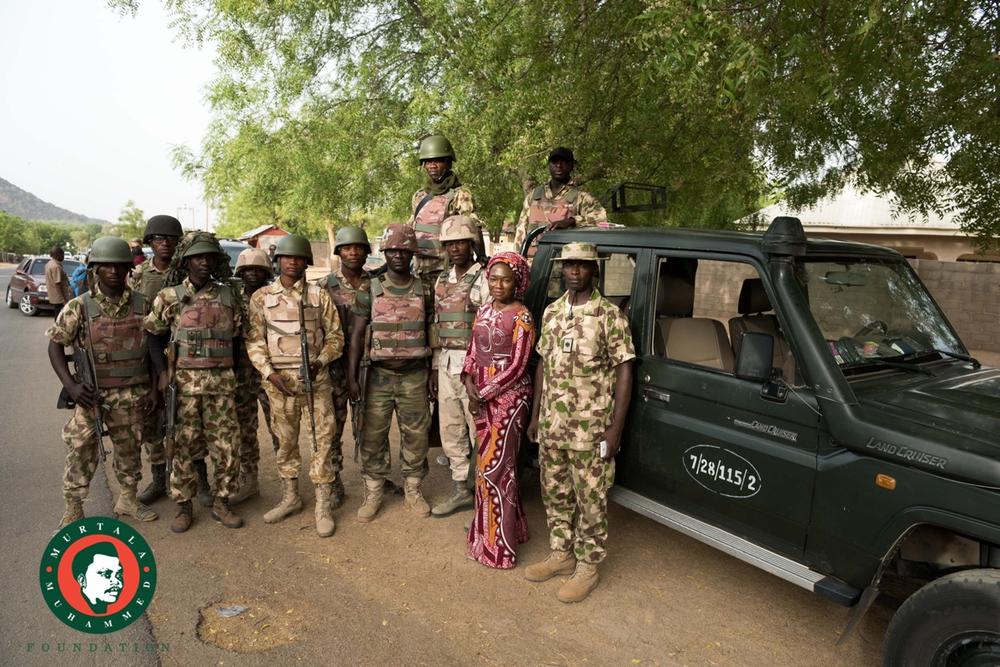 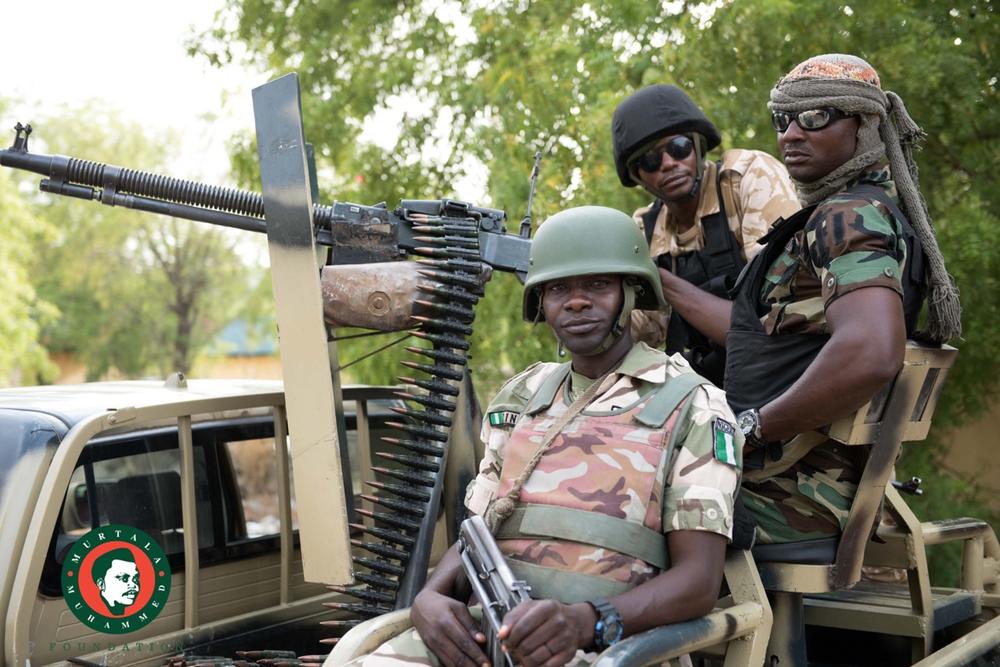