WAPA says it Handled 150 cases of Sexual and Physical abuse, Empowered 960 women and girls in one year

The Lagos State Ministry of Women Affairs and Poverty Alleviation (WAPA) on Tuesday said it empowered 960 women and girls in 11 months through its vocational skill acquisition programme.

Akande said that the Women Affairs Department of WAPA was concerned with improving the living standard of women in the state.

“In our drive to create jobs for women in the state, we have continued to upgrade the 16 existing skill acquisition centres to accommodate more students. We are also establishing more centres and they will be equipped to respond adequately to the needs of the labour market. This is part of government’s effort to support women by reducing poverty level and increase their life expectancy, ” she said.

Akande said that out of the 553 domestic violence distress calls recorded in the last one year, 234 cases were treated.

“We had 197 cases resolved amicably, 14 referred to the Office of Public Defender for necessary court action and seven women were provided with temporary shelter in the transit homes. We also had 14 ‘run away’ husbands that could not be contacted and two cases were withdraw,” she said. 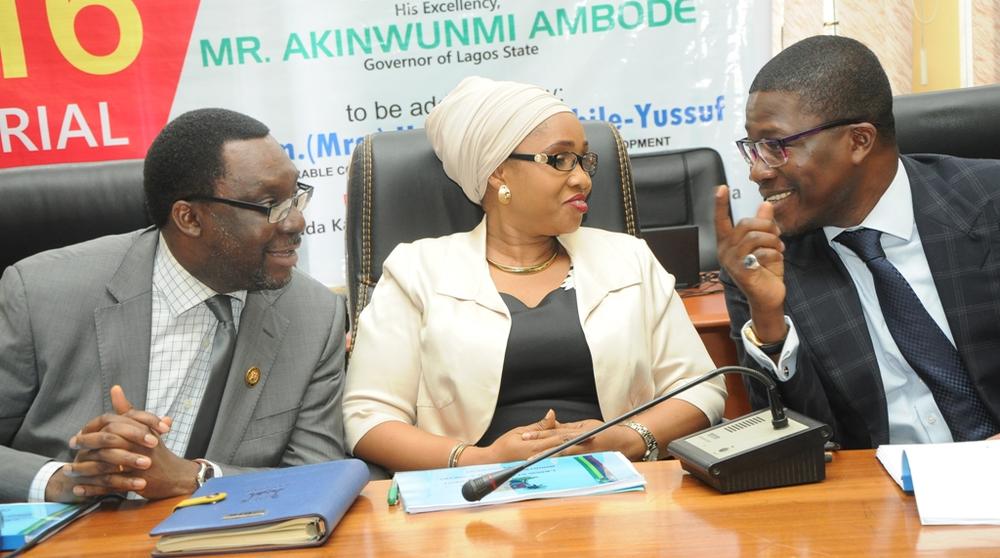 Commissioner for Youth and Social Development, Uzamat Akinbile-Yussuf disclosed that “One hundred and fifty reported cases of sexual abuse and physical abuse were treated. Five pregnant school children were assisted to access adequate antenatal and delivery services. They were also integrated back to school.”

The commissioner said that 85 suspected rapists and people who physically abused children had been taken to court.

She said that 31 babies – 19 female and 12 male – who were abandoned by their parents were rescued in the last one year on the streets of Lagos.

She also said a total of 57,350 school children benefited from individual and group counselling sessions to curb truancy, gangsterism, abscondment and other social vices.

Akinbile-Yussuf also said that 1,340 beggars/destitute/mentally challenged were rescued off the streets of Lagos in the last one year.

“A total number of 590 rehabilitees were released and re-united with their relations for re-integration. 1, 228 rehabilitees are in residence at Rehabilitation and Training Centre, Majidun, Ikorodu,” she said.

According to her, 147 of them undergoing vocational training at the centre.

The commissioner said that 43 drug dependent rehabilitees who probably lost hope were restored back to their former position of functional ability.