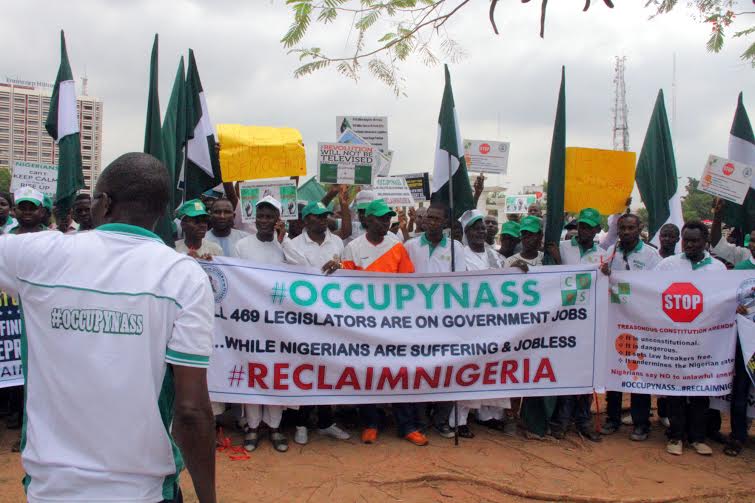 The protesters are demanding the immediate resignation of the Senate President Bukola Saraki.

Recall that Saraki already released a statement informing the general public and the Inspector General of Police on the plan by some politicians to create public disorder (on Tuesday) through a sponsored demonstration. Click here if you missed it.

They are also demanding that the National assembly revisit the “grey areas” identified by President Muhammadu Buhari in the 2016 Budget.

The protesters are also calling on the 36 Senators who received the 36 SUVs to return them or face the wrath of Nigerians. 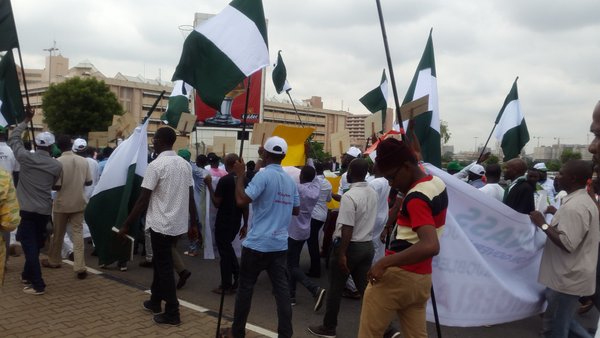 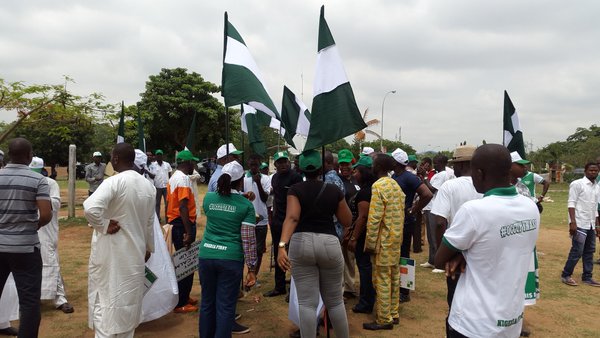 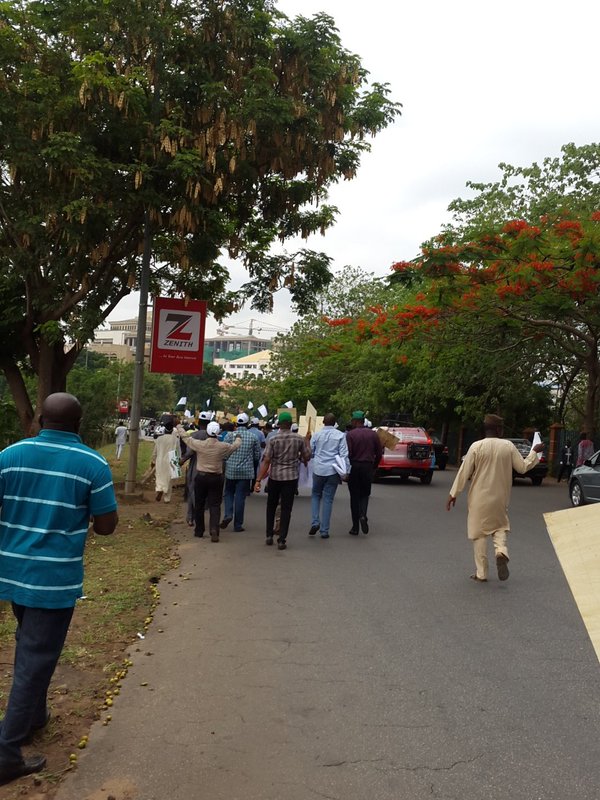 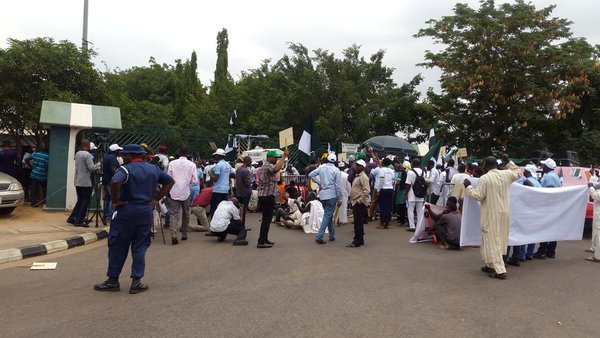 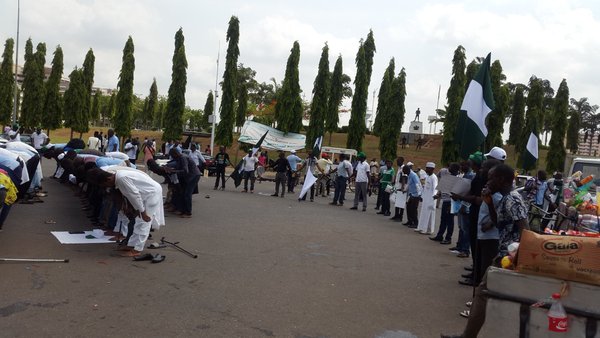 WAPA says it Handled 150 cases of Sexual and Physical abuse, Empowered 960 women and girls in one year