Arase Warns Factional PDP Loyalists Planning to Attack the Party's HQ to Desist or be "promptly, firmly and decisively" Dealt With 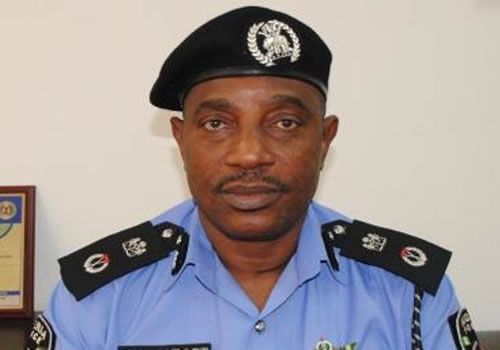 The Inspector General of Police, Solomon Arase has warned factional party loyalists of the People’s Democratic Party (PDP) that they will be “promptly, firmly and decisively” dealt with if they threaten public peace in the Federal Capital Territory (FCT).

He issued the warning in a statement signed by the Force Public Relations Officer, ACP Olabisi Kolawole, saying that it has gathered intelligence indicating plans by aggrieved members of the party ” to infiltrate Abuja and attack the National Headquarters of the Peoples’ Democratic Party with intent to forcefully occupy the facility”.

Intelligence at the disposal of the Force leadership indicates that some aggrieved factional leaders and members of the Peoples’ Democratic Party (PDP) have perfected plans to engage thugs from across the country to join them in threatening public peace and security in Abuja. This is sequel to the on-going intra-party leadership crisis in the party and further fallout of the recent political engagements of the Party.

The plan of the brains behind this development is to infiltrate Abuja and attack the National Headquarters of the Peoples’ Democratic Party with intent to forcefully occupy the facility. Towards perfecting this criminality, credible Police sources confirm that the actors will mobilise into Abuja with effect from Monday 23rd May 2016 and they intend to march through major streets in Abuja before proceeding to the PDP Secretariat to manifest their intention.

Consequently, the Inspector-General of Police has directed the deployment of Police assets to secure the PDP Secretariat and protect the staff until the threat to internal security that is being occasioned by the intra-party crisis within the PDP is stabilised. The police action is a proactive initiative which is being emplaced in furtherance to the statutory Mandate of the Nigeria Police to prevent breakdown in law and order and protect lives and property.

The Inspector General of Police, however, warns all actors in the crisis as well as their loyalists to refrain from any act that may threaten public order as the Police shall deal promptly, firmly and decisively with such persons or group in line with their legal obligations.

NEITI Accuses NNPC of not Remitting $3.8 billion and N358.3 billion to Federation Account in 2013

Save the Right Way with Diamond eSUSU