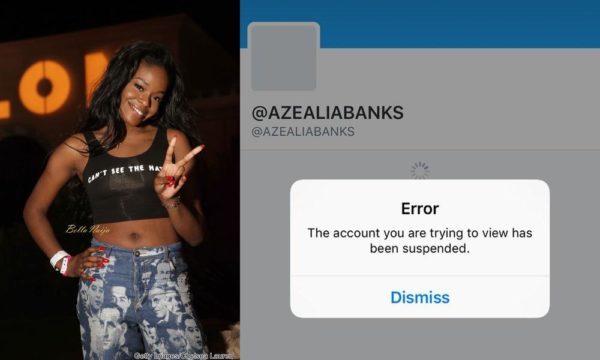 There was a lot of commotion on Twitter yesterday after rapper Azealia Banks threw jabs at Zayn Malik for “copying” her style in his new video Like I Would (click here to watch it).

She called him a lot of names via Twitter and since then a lot of reactions have come in. 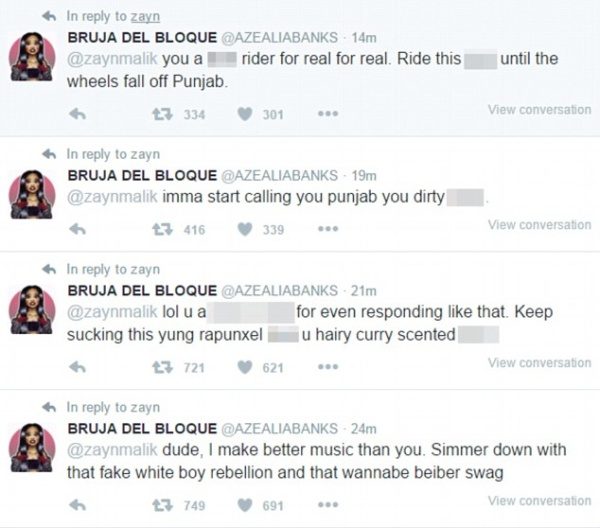 After she tweeted this, Disney actress and Popular meme character Skai Jackson.

Azealia and Skai then exchanged a series of scathing tweets: 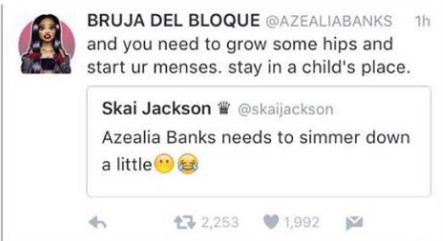 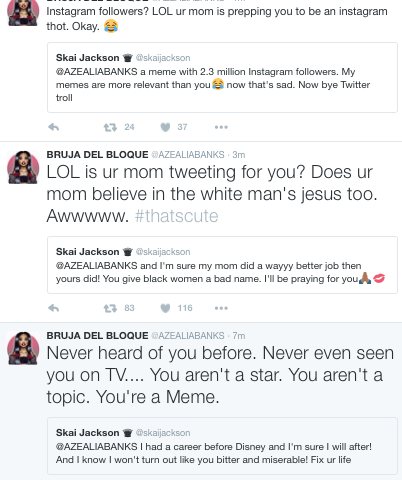 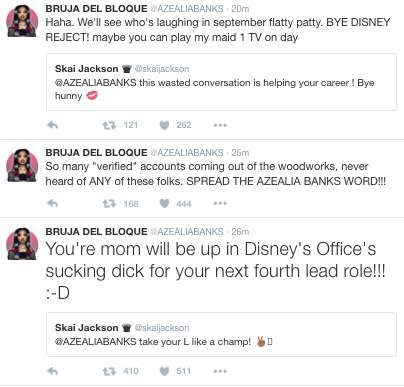 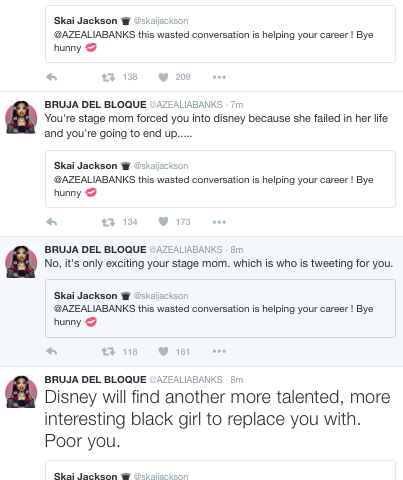 Azealia then turned her attention to UK rappers, who she claimed were without swag. Naturally, their clap back reflex was all sorts of real: 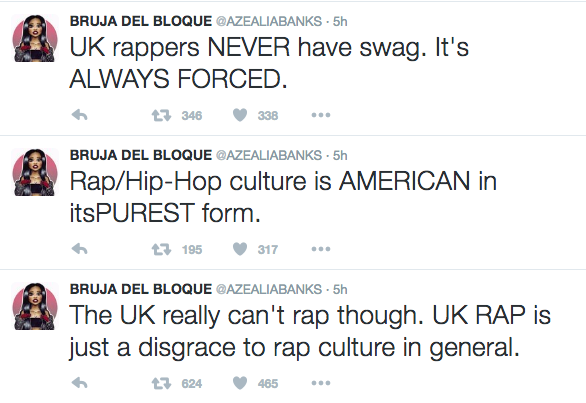 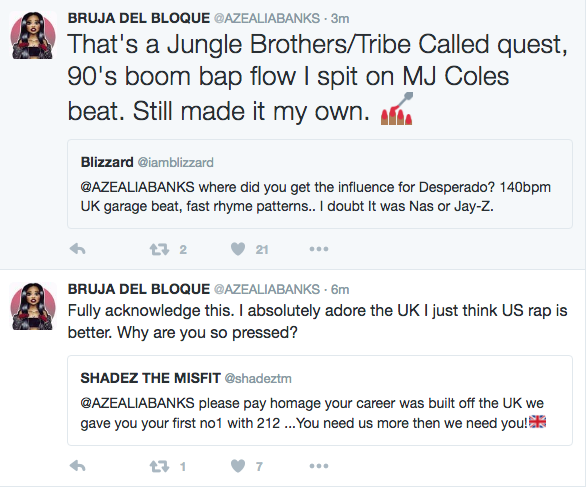 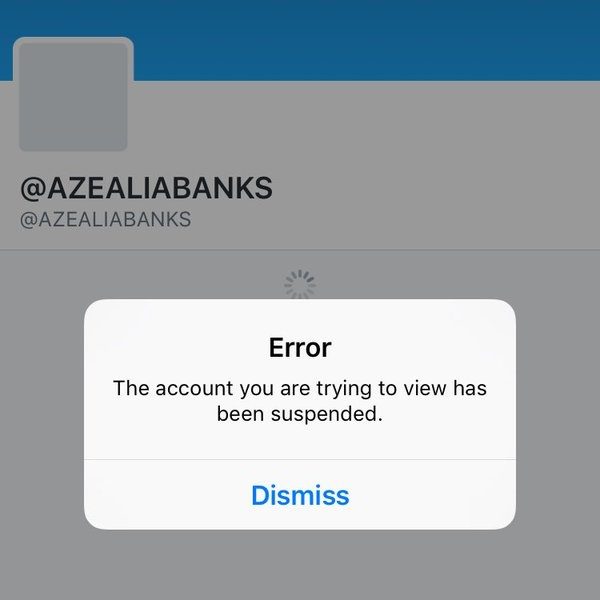 The ‘212’ singer has taken to Instagram to vent some more: 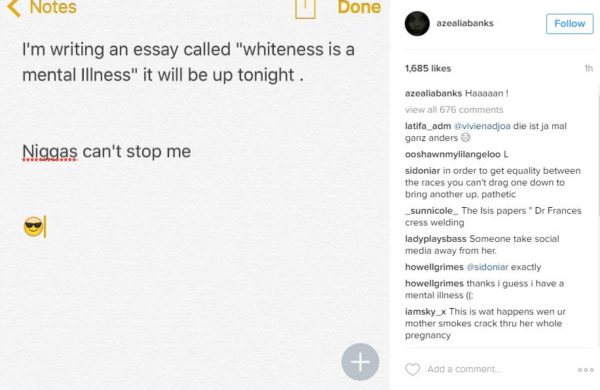 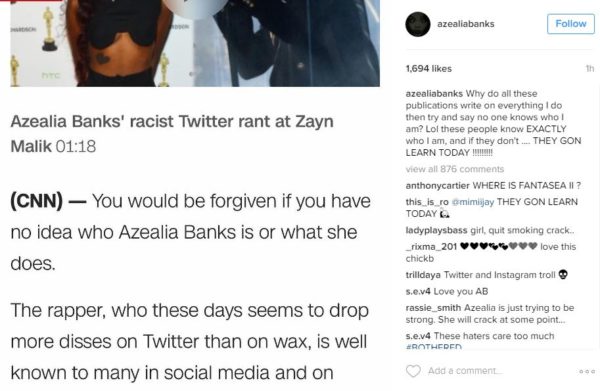 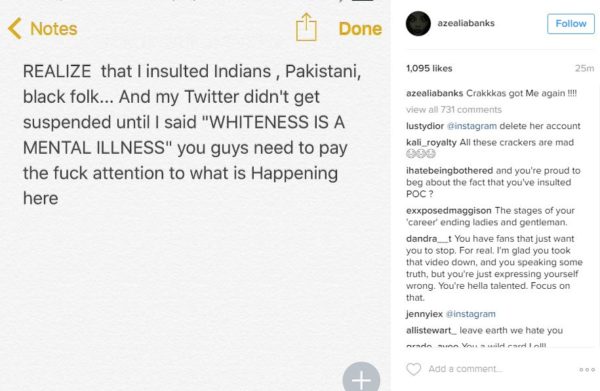