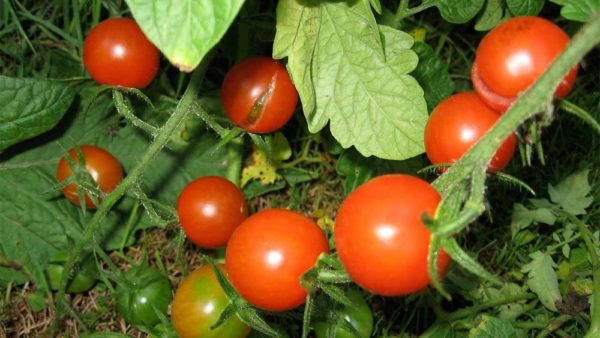 The Federal Government has engaged experts to find solution to the spread of “tuta absoluta,” a pest currently ravaging tomato farms in the country.

The Minister of Agriculture and Rural Development, Audu Ogbeh, made this known at a news conference in Abuja on Tuesday.

Ogbeh said that the pest (tuta absoluta) was discovered in South America in 1912 where it ravaged many farms before it spread to Europe and then to Asia and now to East and West Africa.

He said the pest came into Nigeria from Niger Republic, saying that it is a very powerful infestation that could make it impossible for the country to grow tomatoes if not dealt with.

He said that many housewives could not afford to buy the soup ingredient any longer.

“We have called in experts and we have studied the profile of what we have to do with the pest. Unfortunately, ordinary pesticides cannot deal with this ‘tuta absoluta’ because it has a way of multiplying so fast. It produces almost 250 offspring per cycle; we are in contact with a group which had dealt with this in other countries and they are offering us solutions.

In the next few days we shall get to work on this and begin treatment. It is going to be quite expensive as it will cost about five naira per tomato plant,” he said.

The minister said the pest had not spread across the country as it is still restricted to Katsina, Kano, Gombe, Jigawa and Plateau States for now.

Ogbeh said the treatment would have to be at the level of the nursery before planting so that the tomatoes can resist the disease.

The minister explained that the pest could also attack pepper and Irish potatoes, stressing that the country was combating a very serious disease.

He said the experts had also offered a variety of tomato, which guarantees high yields under high rainfall, pointing out that the variety had been tested in some parts of the South-West.

He assured Nigerians that the Federal Government in collaboration with the State Governments were doing everything possible to stem the spread of the pest.

On fertiliser, the minister said the government had designed a system that would ensure appropriate fertiliser for each state in the country given the difference in geographical location.

Ogbeh said subsidy in the fertiliser sector had not been removed, saying that government was being cautious so that the system is not high jacked by the middle men.

“We have not yet removed subsidy, as you know subsidies can be very badly managed; the scandals in the petrol sector are a huge proof. If you transfer it to agriculture, then you have a bigger disaster; we are looking at 15 million farmers.

So if you spread subsidy to them, a day will come where you will be shocked on how middle men and other people are taking advantage of the subsidies to short-change the country. We may use other methods to support farmers,” he added.