Genevieve Nnaji has a Game-Changing Plan for the Future of Nollywood! Read her New Interview with Ventures Africa 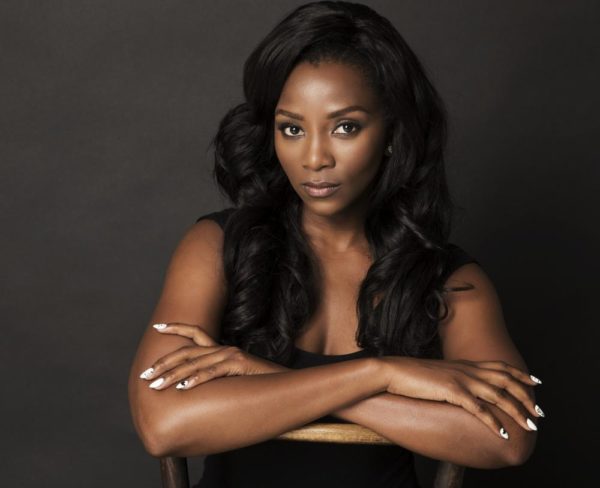 In this amazing feature for Ventures Africa (written by author Uzodinma Iweala), we get a look into Genevieve Nnaji‘s life like never before.

The Nollywood superstar talks about her childhood and how that helped shape the woman she is today. She also talks about her journey in Nollywood in the past almost twenty years and how her new movie ‘Road To Yesterday‘ was her way of re-branding and making a comeback into the industry as an actress, a producer and a media entrepreneur.

Her company, The Entertainment Network (TEN) founded with BFF and business partner Chinny, is her way of giving back to the economy and helping the Nigerian movie industry grow beyond all measures.

Genevieve Nnaji has a game plan, and we love it!

See excerpts from the feature below.

On her childhood: I was a tomboy. I had three brothers right behind me. My sisters were too busy with themselves – you know how elder sisters are. I played football on the street. I got into a fight with a neighbor of mine who was a boy and I beat him up… I was six years old. We were mates and he was fat. He definitely asked for it and he got it.

On her dad: My dad was the kind of person you didn’t want to speak to you because you would actually feel the disappointment that you are at that time. In fact he had a way of – its not even pleading to your conscience – I think it’s a silent threat to your conscience.

On how helping her mother sell things shaped her: She traded, she sold stuff, she got her children to sell stuff for her and we had to. We had no choice. We were living in her house. We cried. She did things you needed to do at that time. Your friends are not doing it. Why should you be the one to be doing it? You’re embarrassed about it, but I’m grateful for that because I think if I wasn’t even given that chance to be humble, I probably wouldn’t appreciate what I have today and understand that it doesn’t make me better than the next person. And [I] just know that everyone is equal and everyone is entitled to love and respect.

On always being artistic: I watched a lot of TV as a child, so I think I was pretty much screen trained. Of course there was no Nigerian cinema then, so everything was on TV. As a primary school student she excelled in the arts, painting and even producing a comic book series that became very popular in her school. I would have my classmates bombard me to write the next one while they were reading.

On her first role in ‘Wanted’: My role was to interview Regina Askia, a former beauty queen turned actress who was a goddess at that time. That was major. I had to pull it off as a pro and I did it, and the producers asked me if I had done it before and I said no. They were amazed at my confidence—probably I had some training in church or something— but I remember I enjoyed doing it.

On leaving school to pursue acting: My dad didn’t find it funny. He wasn’t happy about it, but I kind of reassured him that I would go back, that it wasn’t over. He was mostly concerned about the amount of exposure film was going to bring me, coming from a very conservative, almost prudish home of a Catholic Igbo family.

On her first salary: Even the kind of car I drive right now cannot give me that kind of joy that my first ride gave me. I must have a minimum of my first salary in my wallet — two thousand Naira. I can have more, but that’s the minimum. It was my first salary. It’s dear to my heart. That was my welcome fee into the world of entrepreneurship. It’s just there. I love it. I spent more than that to get the two thousand though on transport faire, cause by the time they tell you to go and come back so many times, you’ve spent way more than that, but that was who I was. I worked for it. I have to get paid for it. I’d probably squander every money that is dashed to me, but the one I would sweat for, I don’t play with. I don’t talk money because I want people to focus on work. Money is not good for creative people. I don’t value myself materially. Take everything.

On how the storyline ‘Road to Yesterday’ came to be: I’m someone who’s dark a lot of the time. I just wonder a lot. My mind really travels a lot and I think during one of these mind journeys of mine, I was wondering about the thin line between life and death and I was thinking about something my mom had told me, stories in the family and stories from random people about how their loved ones who have passed, have appeared to them, right before they passed or the time they’re passing.

On her celebrity status: I didn’t set out trying to be the next somebody, to be like this person. I just set out to do something that I didn’t understand, but something my heart wanted, something that comes out from within, and I just wanted to be given the chance to let it out and express myself. I am me, but I am also conscious of the fact that am being watched. I have a responsibility not just to myself but to young people.  I didn’t set out to be anybody’s role model but you grow up, you grow into yourself and become aware of how much impact you can have on the lives of other people. I don’t take it for granted and I believe in setting an example. That’s all I’m trying to do. I’m not saying I’m a saint or I’m going to be perfect. But I’ve learned that acknowledging my imperfections and my mistakes has enabled me to become wiser and smarter in the choices I make in my life. For me it’s all about being true to yourself.  When you do that you will never be a ‘wanna be’, you will be who you want to be.

For more, head over to venturesafrica.com

Kevin Hart is Working with his ex-wife Torrei Hart on A New Project!