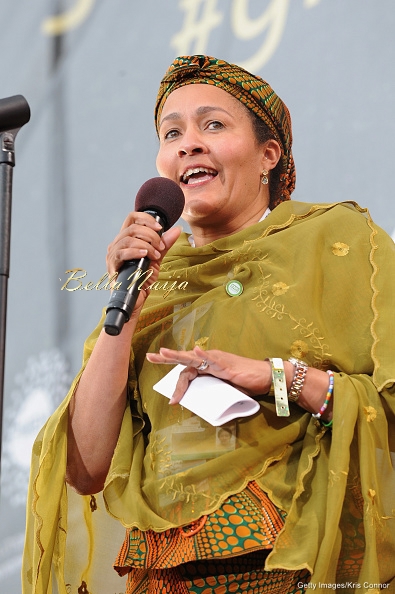 The Minister of Environment, Amina Mohammed has called on the militant group Niger Delta Avengers (NDA) to embrace dialogue, saying that their activities may cripple the economy now, but they will bear the brunt in the long run

According to Channels TV, the minister said that the act of blowing up oil installations is not only criminal but its impact on the environment cannot be quantified.

“Today, over 60% of the pollution in the Niger Delta are third party breaks. It is criminal.

This is not a short term wound, this is a very deep wound because when you open up oil to your environment, it takes decades to get that back.

So its not just a question of what you do to the economy in the short term. If the economy fixes itself with the diversification, what have you done to your land? Young people need to understand.

Please come to the table and dialogue, because the alternative that you have chosen is a wrong path for you, your future and your environment,” Amina said.