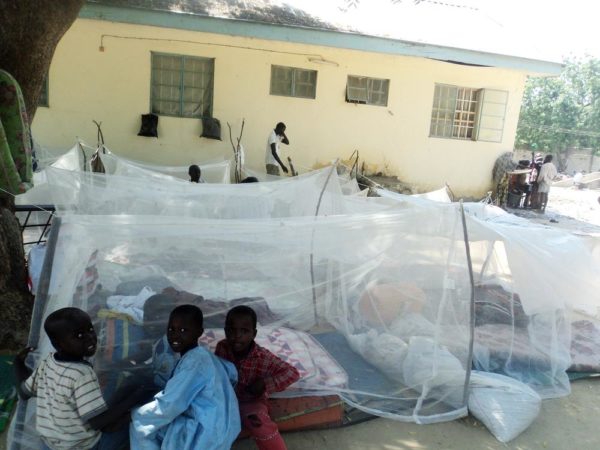 The National Emergency Management Agency (NEMA) on Thursday confirmed that it had closed down six Internally Displaced Persons (IDPs) camps in Adamawa, following their return to their various homes.

Sa’ad Bello, NEMA Coordinator in the state, told newsmen in Yola that more than 95 per cent of the 90, 000 IDPs in the ten camps operated by the agency, had returned home.

He listed the camps which were closed down to include those located in Bekaji, Kwanan Waya, Girei 1 and 2, Yola campus of Federal Polytechnic Mubi, and EYN Church.

Bello explained that the IDPs decided to return to their various towns and villages after the enormous successes recorded by the military in reclaiming and restoring peace to areas under Boko Haram insurgents.

“Following the enormous victory recorded by Nigerian Army in defeating Boko Haram and reclaiming all captured areas in Adamawa, the camps began decreasing.

Almost 95 per cent of the Internally Displaced Persons living in ten designated camps in the state have returned to their respective villages and towns. And the agency found it necessary to close down six out of the ten camps in the state,” Bello said.

According to him, the remaining four camps are now sheltering less than 10,000 IDPs.

He however disclosed that latest population data matrix analysis showed that there were still about 100,000 IDPs living within communities in the state.

Bello said the agency was now focusing its attention in preparing those returning home, to pick up the pieces of their lives and make the best of the situation they find themselves.

“Managing the returnees back to their communities is the biggest challenge now facing the agency due to low resources. The dwindling economy in the country is directly hampering our activities to a large extent,” he said.

He also identified absence of accurate data of returnees, as another challenge to effective rehabilitation of those going back to their homes.

“Without accurate data of the returnees to the seven reclaimed local government areas of the state , we find it difficult to attend to the needs of the affected communities,” Bello said.