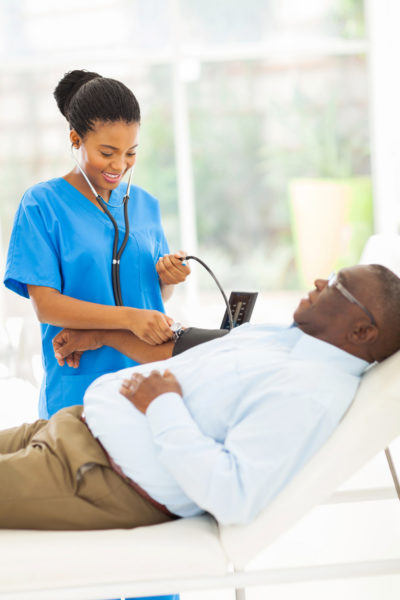 Recently I stumbled across the Instagram handles of some Nigerian pilots and  I must say that they were really fresh. I was awed by their sense of swag. It reminded me of those times when I wanted to be a fighter pilot growing up. The interesting thing I realized about pilots is that you don’t see any of these funny memes about ‘Love a pilot, it’s healthy’ or ‘Pilots stay awake all night so you can land safely in Afghanistan’ and other kinds of sentiment being peddled by different professions. I suppose there are some things you don’t engage in when you have a healthy self esteem – which brings me to the real topic of discussion.

The mention of self esteem reminds me of those who are supposed to be the crème de la crème of the society – Medical Doctors. Many Nigerian parents will give their last drop of blood to see their precious little ones become a doctor. Why?you might ask. Well it’s because Medicine is considered one of, if not the only, elite professions anyone can aspire to in Nigeria.
At least that’s what the society seems to believe. How else can you explain people waiting at home for 3-4 years just to gain admission to study Medicine? Or how do you explain the high cut-off score for Medicine in most universities?

Back to the issue of self esteem, have you ever wondered why doctors (and other health workers) periodically flood your timelines and updates with memes that made you feel like you had less to contribute on this earth? Why don’t pilots do the same? This post is an attempt at answering that question.

Enter the intern, popularly known as House-officer.
The House-officer, by virtue of his position is at a level higher than the other members of the health team, excluding his superiors of course. Owing to the famed rigors of Medical School and the intense internship training that follows, the House-officer is expected to be well equipped to lead a Health Team comprising of nurses and other paramedicals. Well, it turns out you find just the opposite. The House-officer is actually at the bottom of the Hospital food chain, far below maids and porters.

What he is not told during induction is that his role profile resembles that of a glorified errand boy, with the luxury of a white coat. On any typical day, the House-officer is usually seen carrying a bag or a knapsack of some sort, not because he is such an avid consumer of medical knowledge, but because he has evolved into the biological equivalent of a logistics system. If he is not carrying a bag, then he has a bulging ward coat pocket.

What exactly is the doctor carrying in his bag or pocket? It turns out he is carrying in his bag a collection of syringes, lab request forms, patient continuation sheets and sample bottles. Why is he carrying all these? Simple. The hospital printing press for some reason doesn’t supply enough papers to be used on ward rounds and for the same unknown reason, disposables such as gloves, syringes and intravenous access sets are readily unavailable. This leads to rationing of materials by nurses so that on any given ward round, there are not enough materials to see the medical team through its patient visits.
Since the nurses can’t manufacture hospital materials, the solution therefore, as deemed fit by the House-officer’s superiors, is to saddle the newest member of the medical family with the responsibility of providing the missing items. Left with no other alternative, the House-officer, who is supposed to be the pride of the community and a leader in the making, becomes a scavenger perambulating the corridors of the hospital in search of paper, syringes and other materials that the hospital has failed to provide. In doing this, he has to employ a variety of skills such as cajoling, begging and even shoplifting in order to get materials from the nurses.

But it doesn’t end there. His unofficial duties see him take multiple visits to the blood bank to, you guessed right, beg for blood for his patients – a task meant for errand maids. Here he is kept waiting by the lab technician who may be busy having her lunch or just simply does not want to be disturbed. Then the House-officer, partly moved by his patient’s plight and partly driven by the fear of being labeled incompetent by his superiors, starts to plead with the technician to do what she was already paid to do. Eventually the pint of blood is released to him and he clutches to it with the tenacity of Smigel holding my precious. Other menial tasks fit for student nurses such as recording pulse rates, respiratory rates, body temperature and blood pressure become part of his daily routine because, as the excuse goes, the nurses cannot be trusted! In the end, the House-officer spends well over 70% of his time in the hospital running errands, virtually all of them unrelated to his training either as a doctor or as a leader of the health team. In fact, his KPIs are almost entirely based on how efficiently he runs these errands. Little wonder the health sector is so pathetic and doctors sometimes don’t reflect the prestige and dignity associated with the profession. How can they aspire to innovative thinking when they are entangled with all that daily mess? Passing through this process repeatedly for a year is bound to reduce self-confidence levels of any individual such that the thought of being a leader becomes as distant as a morning star.

But there’s more. In some cases, it gets downright demeaning: doctors being slapped by their superiors, regularly being scolded in front of patients in the name of teaching; some are even told to wash the coats of their superiors (add wash-man to the list of duties). And the effects are now becoming apparent; nurses no longer show doctors respect, even the consultants; patients talking down on doctors. What’s more? Even the government no longer sees them as a profession worth treating with respect. It explains why they have to go on annual strikes for pitiful increases in wages. And speaking of wages, a doctor gets N5000 as hazard allowance! Every day, a doctor is exposed to a battery of deadly infections from unpredictable sources and yet an allowance of N5000 is deemed the compensation for such hazard. You may be interested in finding out if doctors (or other health-workers) even have pension or any form of insurance? Answer that question and you will understand why dignity and doctors are on parallel tracks.

If you ask me, I’ll say all of this is a reflection of the failure of the senior doctors to hold other members of the health team accountable. How on earth do you hold a House-officer accountable for the failure of other team members to do their jobs? Doctors have no business in blood banks. The nursing system leveraging on porters is supposed to take care of that. But when that isn’t done, rather than face the culprits, the senior doctors (consultants), either because of fear or mental laziness, turn to the House-officer for explanation, in some cases culminating in punishment. This is nothing but a failure to hold the right people accountable for their actions, which is why we have such a derelict health system.

Of course, there are exceptions to all I’ve said. Some consultants actually go out of their way to ensure that these House-officers learn what they are supposed to learn on the job and even go as far as ensuring they don’t engage in servant work. But these are few and far between. This behavior by majority of doctors have shown that man, regardless of his formal education and training, is mostly a product of his culture. Few people are able to rise above the limitations of their cultural backgrounds and when they do, it’s not because they studied Medicine or any other sophisticated course. It’s because they chose to.

Adenike Jemiyo: 5 Simple Steps For Thriving in a Challenging Economy

Caleb Somtochukwu Okereke: Before I Learned to Love Myself