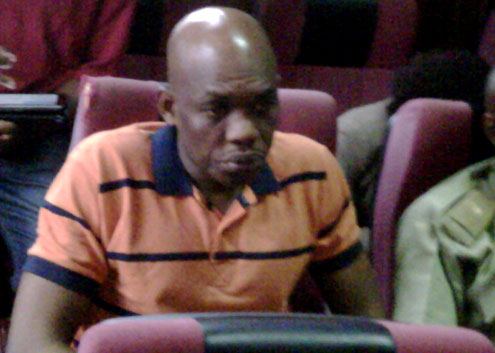 Earlier today, there was a report that Charles Okah, the suspected mastermind of the 2010 Independence Day bombing escaped from the Kuje Prison in Abuja, but the Nigerian Prisons Service has refuted the claim.

The report claimed that Okah, brother to Henry Okah, leader of the Movement for the Emancipation of the Niger Delta (MEND) scaled the prison fence on Friday night and escaped.

According to PREMIUM TIMES, the Public Relations Officer of the Service, Francis Enobore who admitted that there was an “incident” at the prison said:

Yes there was an incident yesterday, but Okah was not involved.

It is not true, Charles Okah is still in custody. I have been in touch with our men in the prison facility and there is nothing like that (Okah escaping).‎

The Comptroller of prisons has ordered an investigation and that is going on. We want to know if anybody escaped and if yes, what are their identities.

Related Topics:Charles Okah
Up Next

Plead with Militants in the name of God Almighty to take it Easy – Pres. Buhari tells APC Leaders & Nigerians