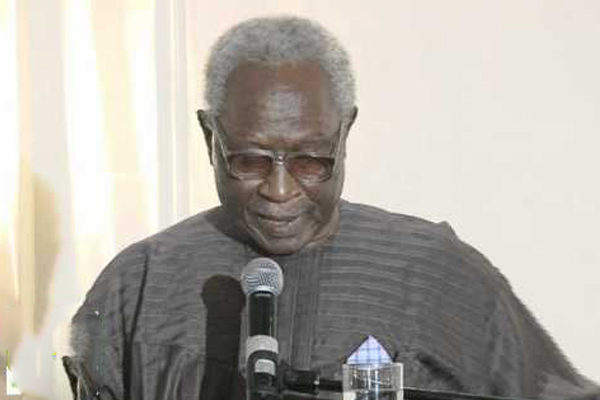 One of Nigeria’s finest novelist and playwright, Elechi Amadi best known for his work “The Concubine” has died, aged 82.

According to The Guardian, he died in Port Harcourt after a protracted illness occasioned by multiple organ failure.

The report also said that the Rivers State government had concluded arrangements to fly him overseas for medical treatment, but that his condition deteriorated between Monday and Tuesday. He passed on in a private clinic in the New Government Reservation Area of Port Harcourt on Wednesday.

Some of his other works are The Great Ponds, Isiburu, Sunset in Biafra, Dance of Johannesburg, Peppersoup, The Road to Ibadan, The Slave, Estrangement, Les Grand Etangs, and The Woman of Calabar.

He worked for a time as a land surveyor and later was a teacher at several schools, including the Nigerian Military School, Zaria (1963–66). Amadi served in the Nigerian army, remained there during the Nigerian Civil War, and retired at the rank of Captain. He then held various positions with the Rivers State government: Permanent Secretary (1973–83), Commissioner for Education (1987–88) and Commissioner for Lands and Housing (1989–90).

He has been writer-in-residence and lecturer at Rivers State College of Education, where he has also been Dean of Arts, Head of the Literature department and Director of General Studies.

Related Topics:Elechi Amadi
Up Next