Nigeria to be Free From Open Defecation by 2025 - Min. of Water Resources, Suleiman Adamu 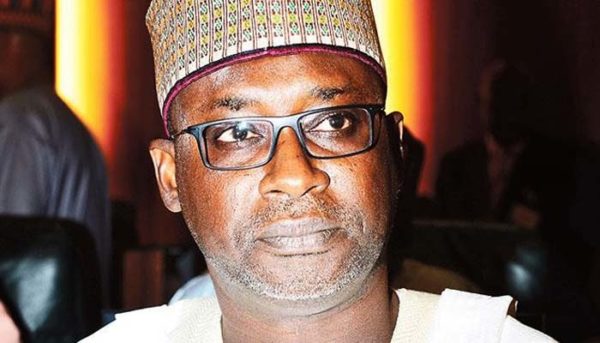 The Federal Government has expressed commitment to rid the country of open defecation by 2025, the Minister of Water Resources, Suleiman Adamu, said on Wednesday.

The Minister stated this when the Executive Governor of Ebonyi state, David Umahi, paid him a courtesy visit in his office.

“The Federal Government will do everything humanly possible to stop open defecation by 2025,” he said.

Adamu said that water and sanitation are keys to achieving the Sustainable Developmental Goals (SDGs) as they both cut across all the goals of the SDGs.

He added that the ministry would soon be launching a National Programme on Water and Sanitation, aimed at meeting up with the SDGs’ targets.

He said that access to safe water and secured toilets were necessary for all, pointing out that defecating in the open is like we are infecting ourselves.

“In communities where there is open defecation, there are diseases like diarrhoea, dysentery, cholera and gastroenteritis, killing children under five years,” he said.

Adamu said the programme, when launched, would be cascaded down to all states of the federation, rural communities, schools and markets.

He said that it was the responsibility of the state and local government authorities to provide domestic water supply to their communities, saying the Federal Government would continue to intervene.

This intervention, he said, would enable the people to meet the set targets of the SDGs on water and sanitation.

He, however, promised the governor that Ebonyi would be given assistance on the state water projects as this would not only provide food for the people but jobs as well.

He said that the governor’s letter was receiving good attention as he had directed the directors in charge to expedite action on the matter.

The minister said, “for Nigerians to favourably compete on the global arena, it is necessary to imbibe the culture and practice of safe sanitation and hygiene”.

In his response, the governor expressed his appreciation and promised that Ebonyi would do its best to see that the collaboration in scaling up access to water and ending open defecation succeeds.

NAN recalls that the UN launched a campaign for access to basic sanitation at the commemoration of the World Water day.

The campaign, aimed at ending open defecation by 2025, calls on governments, civil society organisations, businesses and international organisations to take action to ensure that people have access to clean environments.