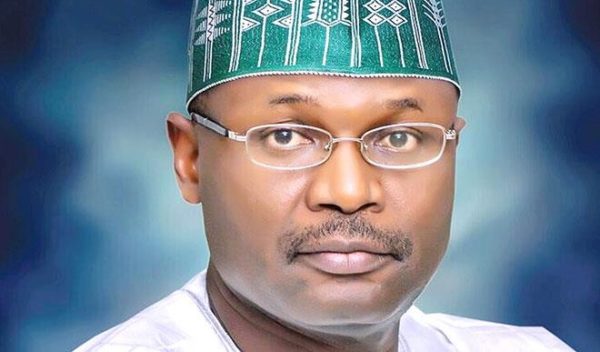 The Independent National Electoral Commission (INEC) on Tuesday in Abuja said it has received 32 applications from various associations for registration as political parties.

The commission, in its daily bulletin, quoted INEC Chairman Professor Mahmood Yakubu, disclosing this during the the second quarterly consultative meeting with the Chairmen and Secretaries of registered political parties.

Yakubu, who said that the applications were being processed, assured political parties that the commission remains committed to the opening up of the democratic space in line with the electoral law and guidelines.

He also disclosed that commission would take further administrative action against its staff found culpable in the alleged involvement of subversion of 2015 General Elections through cash inducement.

“We will not hesitate to interdict staff where prima facie cases have been established against them by EFCC and immediately terminate the appointments of those indicte,” he said

He said that INEC legal team and the police had successfully secured the conviction of 42 election offenders in the Minjibir Constituency, Kano state, by-election in spite of its severe constraints.

“This is the highest number of convictions in a single case ever achieved by the Commission.”

Yakubu said that the commission would welcome suggestions from political parties in areas of amendment considered important for inclusion in the comprehensive proposal for the amendment of the Electoral Act.

Yakubu, however, decried the low turnout of voters in elections conducted by the Commission in the aftermath of the 2015 General Elections.

He urged political parties to intensify voter mobilization ahead of the Edo and Ondo governorship elections.

“We urge political parties to intensify your voter mobilization effort in order to galvanize the electorate to the polling units. The Commission will continue to intensify efforts towards voter education.”

He expressed INEC’s desire to see greater participation of the marginalized and under-represented groups in the electoral process, adding that political parties have the biggest role to play in that regard.

“As we all know, political parties offer the only platform for contest to public office under our Constitution. Women, Youths and People With Disabilities are noticeable more by their under-representation in elective offices.”

On the deployment of ICT in the electoral process, Yakubu assured that all avenues necessary were being explored to address the challenges arising from the functionality of the Smart Card Reader.

He further said that the Commission had designed a portal from which all registered voters could confirm and verify their registration online ahead of elections.

He added that with the portal voters would also be able to transfer their registration from one point to another online.

Nigeria to be Free From Open Defecation by 2025 – Min. of Water Resources, Suleiman Adamu