Shocking! At Least 50 Dead, 53 Injured After Terror Attack on an Orlando LGBT Nightclub 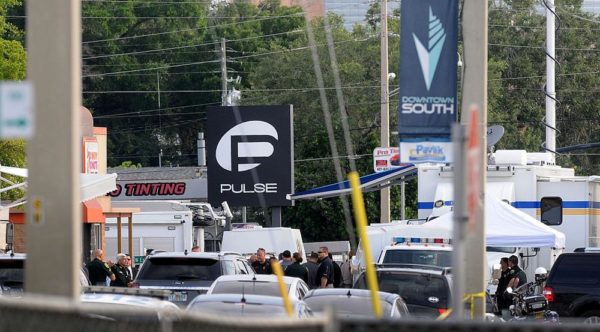 ORLANDO, FL – JUNE 12: Orlando police officers seen outside of Pulse nightclub after a fatal shooting and hostage situation on June 12, 2016 in Orlando, Florida. The suspect was shot and killed by police.

At least 50 people have died and 53 others injured following a suspected terrorist attack on Pulse (an LGBT nightclub) in Orlando, The Guardian reports.

Orlando police said the shooting was being treated as an “act of domestic terrorism” and had resulted in mass casualties, urging people to stay away from the area. They also confirmed that the killed had been killed.

Pulse Shooting: The shooter inside the club is dead.

In a press conference on Sunday morning, an FBI spokesman said investigators believed the attacker may have had extremist beliefs, and would consider possible links to ISIS, but cautioned they were pursuing multiple leads.

Eyewitnesses on Pulse’ Facebook page said the shooting began at about 2AM on Sunday.

One user, Ricardo A., wrote: “I was there. Shooter opened fire @ around 2AM. People on the dance floor and bar got down on the floor and some of us who were near the bar and back exit managed to go out through the outdoor area and just ran. I am safely home and hoping everyone gets home safely as well”

Another user, Jordan H., wrote: “There was a shooter with an assault rifle who shot up the people in the club sometime around 2AM. The club is reported to have been at full capacity. The shooter has himself barricaded inside Pulse with multiple hostages.”

According to the Chief of Police John Mina, “A little after 0500 hours we made a decision to go in and conduct a rescue, we were being contacted by people in the bathroom, about 15 people, our biggest concern was future loss of life.”

He also said that the suspect was “well organised” saying that they cannot confirm if he worked alone or in coordination with others.

Anyone who was at Pulse nightclub and was a witness Please come to the Orlando Police HQ, 100 S. Hughey Ave.

Our focus right now is on identifying the many victims in this tragedy and notifying their family members. Hotline 4 family: 407-246-4357.

This is coming after 22-year-old singer, Christina Grimmie, who rose to fame as a contestant on The Voice and via her successful YouTube page, was shot by a gunman outside of her concert on the night of Friday 10th June 2016. Click here if you missed it. The police named Kevin James Loibl, 26 as the shooter, saying that he travelled to Orlando from his home in St Petersburg, Florida (about two hours’ drive away), with the intention of carrying out the crime.

Police confirmed there was no known connection between the two shootings.

Related Topics:OrlandoPulse Nightclub Orlando
Up Next