“Someone took a picture of a remote control and said I looked like that” – Waje talks being Fat-Shamed, Dating as a Single Mum & More 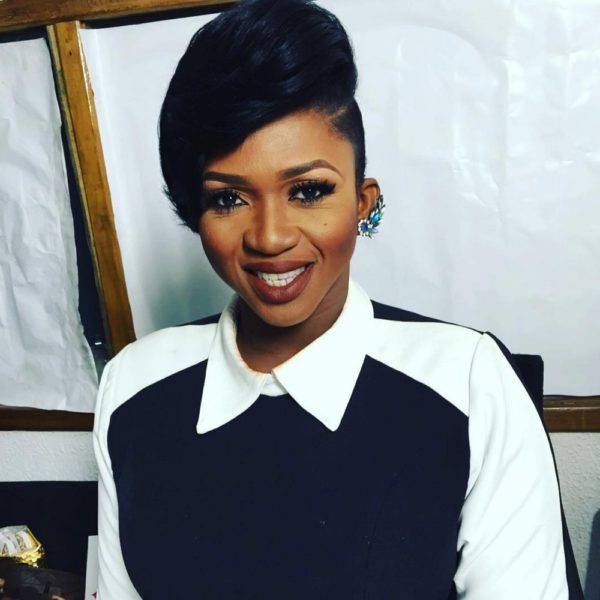 Music star Waje recently visited the Genevieve Magazine office for a quick interview and in the interview the mum of one talks about the joy that comes from doing what she loves. She also talked about coming into her own, living life on her own terms and of course rising above all negativity.

In the interview she opened up about her personal life saying that she’s currently dating but that there is a difference for her as a single mum. She also revealed that her daughter recently re-connected with her father.

On being fat-shamed: That was after my performance at the Guinness Colourful world event in October 2013.  I trended on twitter but not for the right reasons. I did not trend because of my performance, instead I trended because people were uncomfortable with my body size. They had an opinion about how I looked. The things people were comparing me to were hideous. Someone took a picture of a remote control and said I looked like that. That made me say to myself, ‘you know what Waje, music isn’t for you’. I had come out with an album, but when that happened, I said you know what, I can’t deal with this. I cried for hours that day at Eko Hotel. And interestingly, I started feeling the way they said I looked. So, I started drinking. I became bitter. I told myself I’m done with music. I’m going to find something else to do. I didn’t eat for days. I became angry with every family member who came to talk to me. I had no reasons to smile or be happy and decided to sign out of all my social media accounts.

On overcoming the negativity: I started working with Uzikwendu of Uzi’s Burnout. And Uzi did not just work on my body, he worked on my mind, also. Through that, I separated myself from the negativity and focused on what I wanted to hear. I started to create an environment where the only thing I heard about myself is positive and great. So if you are my friend and you don’t compliment me, I’ll never call you. I edited my friendship. I then became more outspoken because initially I used to implode. I started telling it as it is. If I don’t like it, I say it. I had to tell myself, you are over thirty, if you don’t start telling people how you feel about their behavior, when will you start? That change made some people uncomfortable but that was the only way I could deal with it. You know, I used to think that my biggest fear in the world was failure, but I got to find out that my biggest fear was validation. As an artiste I wanted so much to be accepted. But now, I don’t care. Someone can say I do not like your song and I’ll say thank you; because my brand is not just about putting out good music but selling aspiration to women as well. But it gets difficult sometimes when people tell me that I am not a typical Nigerian woman because I am a single mother. So there are certain things I shouldn’t talk about, because I don’t have authority to talk about it. Even in the corporate world there are some jobs I can’t get because I am not married.

On women not being supportive of each other: Women do not support each other enough. We feed too much on negativity.That’s why there are more blogs who make money from bashing and critiquing others than those who focus on telling inspiring stories of people’s successes.I didn’t know how appreciated I was as an artist until I travelled to Tanzania in 2014. I performed there to a crowd of 70,000 and they sang along to all my songs from start to finish. Because of the response from the crowd, I became a Queen to the organisers. I feel like I’m appreciated outside Nigeria than in Nigeria. The change must start from within with every woman doing something about it until a culture is formed without there not necessarily being a law made. If women themselves cannot do something about their situation men will not pay us much attention. When I spoke about [the gender equality bill], it was women who insulted me. One told me, “Waje you have never been married, so please shut up.”

On raising her daughter: I did. There were many times I really prayed that The One will quicken his steps to make things easier. It did get too much when it is time to pay rent, school fees, and other miscellaneous expenses. I had my own share of pillow cries and made sure she doesn’t see it. Sometimes she could come asking, “Why didn’t you and my Dad stay together?” And, when I first moved to Lagos, I couldn’t afford to have my daughter with me because I didn’t have a house; I was squatting with someone. There was a time I saw her like twice a year. There were times she cried, mummy I want to come and live with you, but I couldn’t afford it till 2011. Yet looking at my daughter, I will be honest that she is a blessing. And the blessing outweighs the challenges. I have learnt to be patient, more accommodating and to pay attention to details as a mom. I have also learnt to map out my priorities, because there are some things I simply cannot do as a mom. 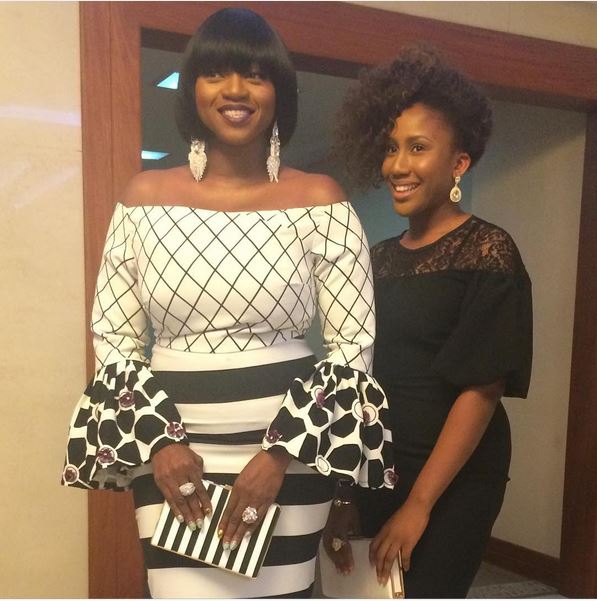 On being a single parent: It is because I don’t want her to make the same mistakes I made. I feel like some of the decisions I made was because I was raised differently. Our parents taught us what they knew as the truth, but what you know as the truth might not be the truth. Another thing is that parents do not tell their children why certain behaviours should be avoided. For example, parents say,“don’t drink because I said so” not,“don’t drink because it is bad for your health”. But I’m learning that for the children of this age, you have to tell them all the reasons why they should not do certain things. While my daughter was growing up, I took up the reward method; you do good, you get good. There was a consequence for every action.

On dating as a single parent: Yes I’ve been dating. And there’s definitely a difference. One, you can never come to my house. I’ll never introduce you to my daughter. Because you don’t want to bring up a child in an environment where she thinks that it is okay to have men come in and go out of your life. So it’s a rule. I don’t care how close you are to me, you can’t come to my house. After her father, since I started dating, my daughter has only seen one person and after that person she’s never met another person again. But I try and give her a father figure. So I create role models around her. I’ll have her go and spend time with my pastor’s family so she can have a “family” orientation.

On why things didn’t work between her and Emerald’s dad: Well, he wasn’t ready. I was young. He was young.

On her daughter reconnecting with him: He wasn’t until recently. He met her last year. When she was quite young he showed interest but my fear was that he won’t be consistent. I didn’t want a situation where he would come in this year and leave the next. So I had to wait till I was sure that he would be there.

For more head over to genevievemagazine.com

The Unicode Consortium approves 72 New Emojis to Enhance Your Texting!