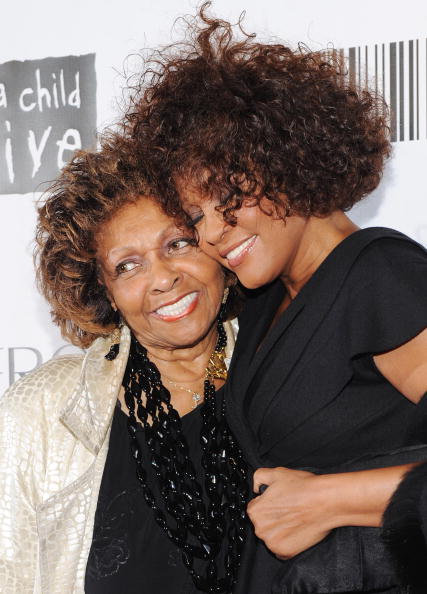 Bobby Brown had a recent 20/20 interview with ABC News and now his former mother-in-law, Cissy Houston, has joined in the criticism he has been receiving since it cam out.

Bobby is doing a heavy promotion of his memoir ‘Every Little Step.’ In the book, he alleges Whitney not only did drugs on their wedding day, but also reignited rumors the ‘I Will Always Love You’ singer also had an extended love affair with her female best friend and personal assistant Robyn Crawford.

Here’s what she revealed to People Magazine:

“Last night I saw Bobby Brown’s interview with Robin Roberts. It was disturbing. Although the interview was supposed to promote HIS autobiography, he never spoke about his parents and siblings and any issues they might have or have had that impacted and may continue to impact on ‘Every Little Step’ he takes. Instead he chose to concentrate his comments primarily on Whitney.

I only wish he had loved and respected her enough to make some of the negative statements about her and Krissi while Whitney was alive and able to respond from her perspective,” she continues.

“On the OPRAH show when Whitney said Bobby had spit in her face and Krissi had seen it, Krissi was in the audience and available to challenge anything her mother said. Bobby was alive and free to dispute what she said. He chose not to; instead he waited to speak about her when she could no longer speak for herself.”

“There is no value in my challenging all of his statements – point for point – such as his assertion that he ‘had money’ when he married Whitney or that anyone in my family said he started Nippy on drugs. No one blames Bobby for that. However, I must say that his story of seeing her do drugs for the first time on their wedding day is untrue (Donna Houston, Robyn Crawford and I were with Nippy the whole time before the ceremony), and more importantly, it forever casts a shadow over one of the most important days of her life,” says Houston.

“I am deeply disappointed that this interview to promote the story of Bobby’s life seemed to be more of an exposé on Whitney’s life. My problem with Bobby has always been that he became her husband but not her helpmate or protector.”