The 240th anniversary of U.S. Independence celebration held in Lagos on Thursday, June 30, 2016. 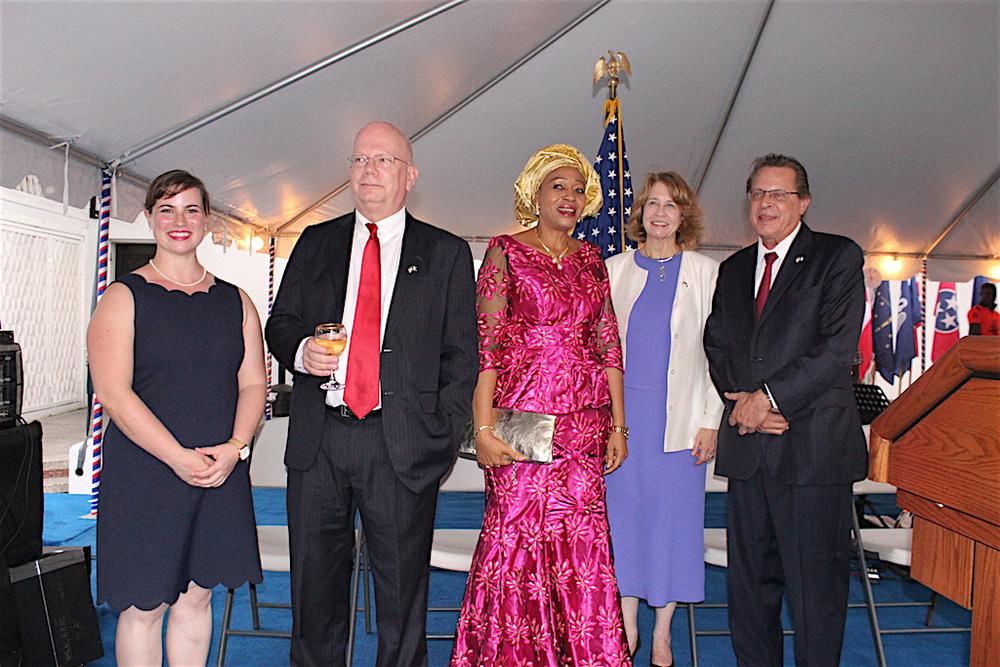 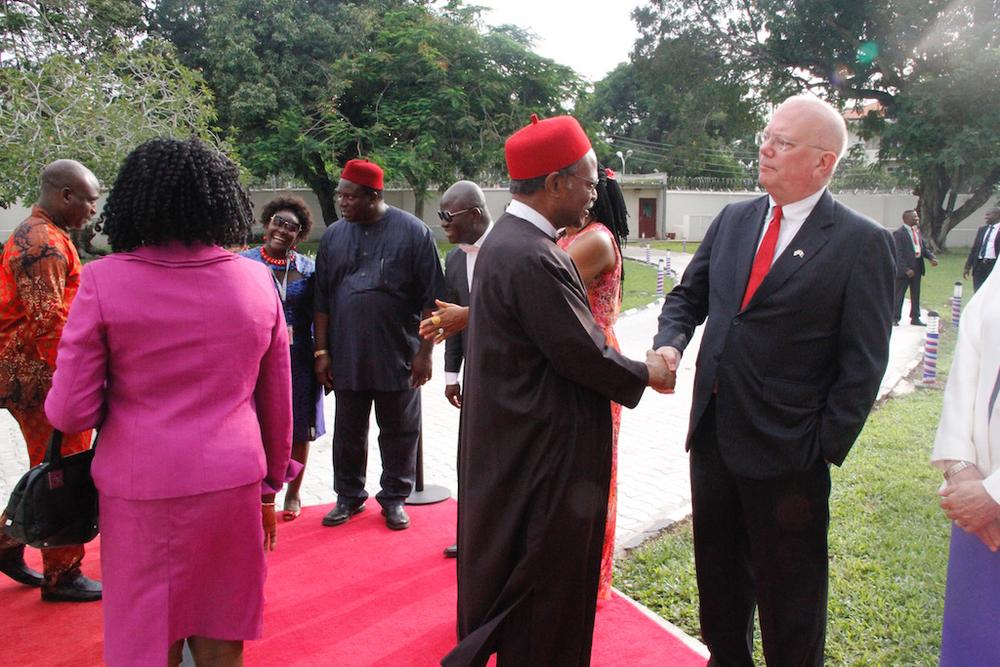 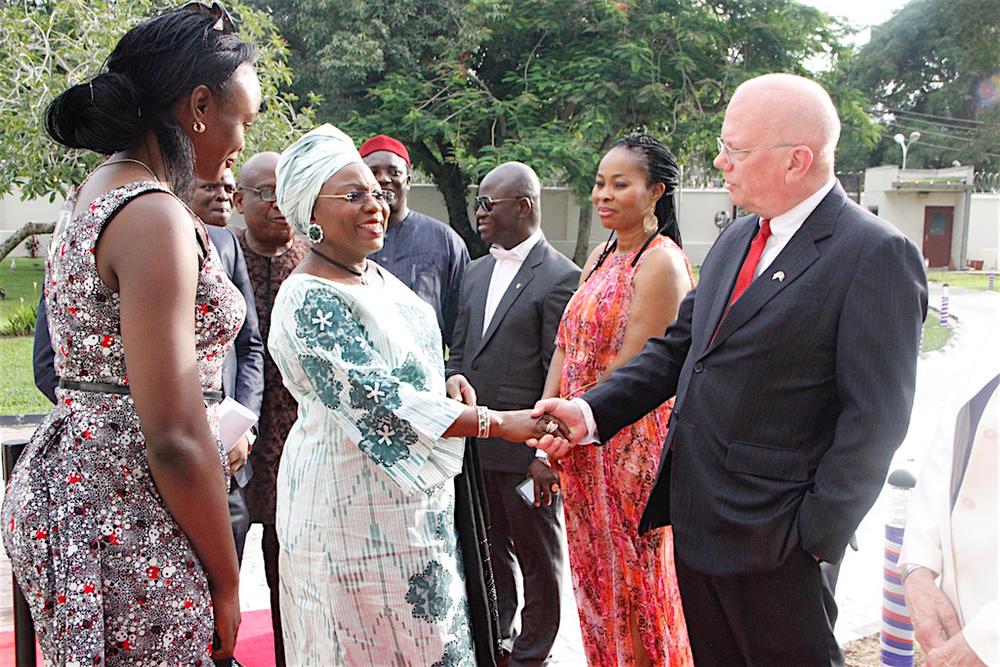 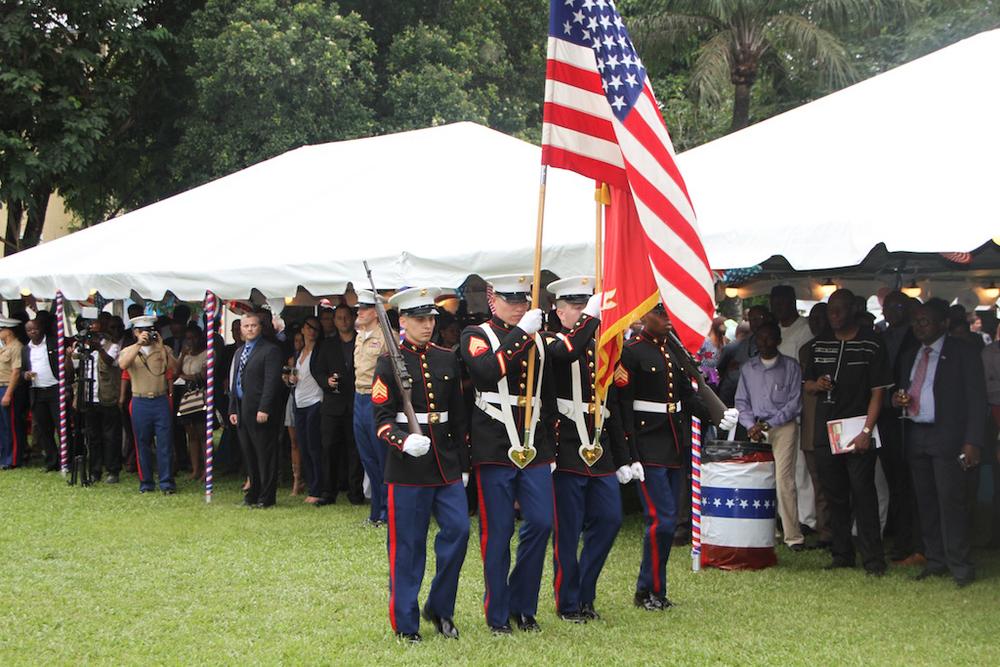 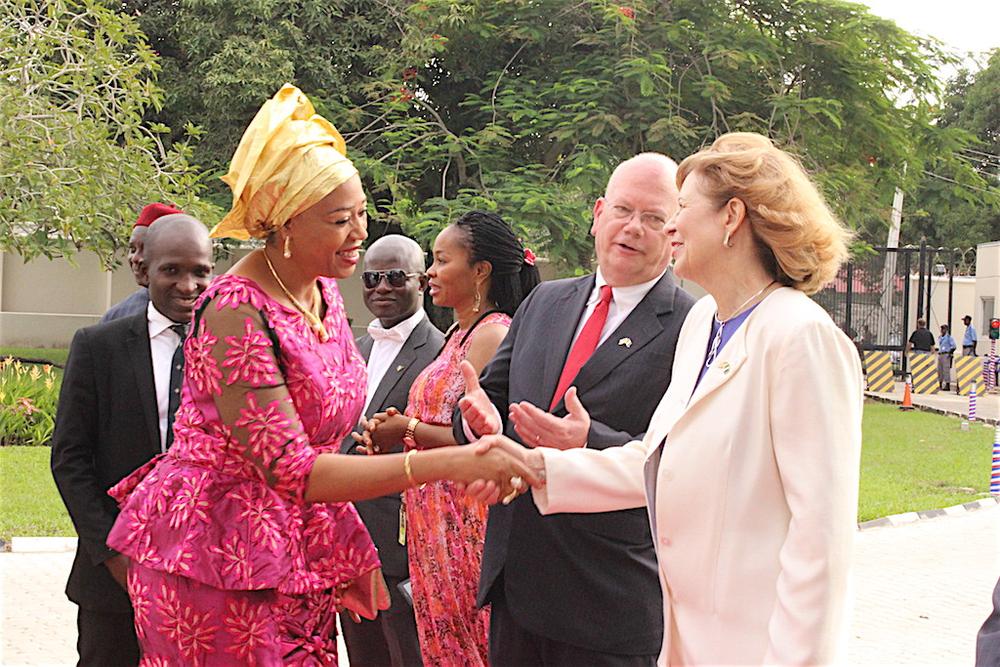 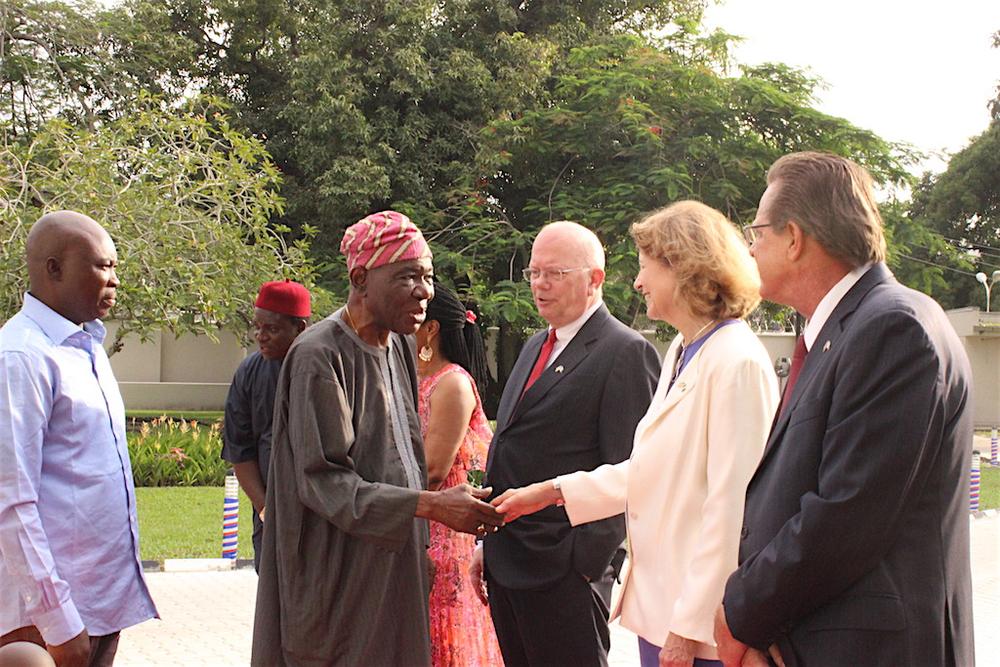 Good evening, everyone. Pam and I are delighted to be here in Lagos. I’m pleased to welcome you to the celebration of the 240th anniversary of the adoption of our Declaration of Independence.
Organizing an event like this requires the hard work of many. Let me thank all members of the Consulate General team who made this event possible. And let me thank our splendid musicians who join us from the United States, Stephane Wrembel and Thor Robert Jensen.

Let me take a moment to honor the memory of a talented young Nigerian, John Paul Usman, who tragically was killed last weekend in an accident in the United States. John Paul was in the United States as a Mandela Washington Fellow under the auspices of what I think of as our signature program with Africa—the Young African Leadership Initiative. Our hearts go out to his family.

Tonight we celebrate the heroism of the 56 men who signed the Declaration of Independence. Stepping forward, signing their names to a public document, was a very brave thing to do. They launched an experiment in self-governance that many—if not most—thought would likely fail. They risked everything—their lives, property, and reputations. As one of the most famous signers of the Declaration of Independence, Benjamin Franklin, said, “We must all hang together or, assuredly, we will all hang separately.”

As I told President Jonathan when I arrived in Nigeria in November 2013, and as Secretary Kerry told President Buhari when they met immediately after the presidential inauguration, and as President Obama told President Buhari directly when he received him in the Oval Office at the White House last July, the people of Nigeria have no better friend than the United States. In my country, our commitment to democracy is right there in our Declaration of Independence. Here in Nigeria, you demonstrated to the world your commitment to democracy in historic elections last year. We all remember the euphoria surrounding that groundbreaking event. In both of our great countries, commitment to democracy is deeply woven into our status as free and independent peoples; indeed, I often describe our relationship as two great democracies working together to make the world a better place.

The United States has maintained a robust engagement in Nigeria for many years, and our partnership with your great nation runs deep. We’ve worked with the Government of Nigeria on a host of issues—on elections, security, fighting infectious disease, and spurring broad-based, inclusive economic growth, just to name a few. It seems like at least once a week I stumble on some U.S.-Nigerian area of cooperation between academic institutions or civil society groups or businesses that has been going on for decades. It’s truly remarkable.

The future of Nigeria belongs to the people of Nigeria. More specifically, it belongs to Nigeria’s heroes—to those men and women who are brave enough to believe that they can change the world. And the United States stands with every Nigerian who believes that this country can be healthier, safer, and more prosperous.

I can’t wait to see what Nigerians will do—and we can do together—for the freedom of all. Not just the political freedom you exercised last year, but freedom from fear, freedom from want, freedom from sickness, and freedom from corruption.

As you fight Boko Haram and secure and rebuild the Northeast, and as you strive for harmony in the Niger delta and across the land, we will continue to help in every appropriate way. Indeed, let us all redouble our efforts on the humanitarian front in the Northeast. Nigerians are dying of starvation in Nigeria. How can that be?

As you fight corruption, we offer technical assistance, training for investigators and prosecutors, and a commitment to ensure that no stolen funds are laundered through our banking system.

As you improve the business climate, we encourage expanded trade and investment.

As you continue privatization of your power grid, through President Obama’s Power Africa initiative we stand ready to, among other things, help companies invest in building more electricity infrastructure, especially environmentally-friendly power generation.

As you increase your commitment to healthcare and education, we support those efforts, too.
Every step of the way, we will fulfill the commitment our Declaration of Independence made 240 years ago, to treat all of humanity, in peace, as friends. I am here—every American and Nigerian who works at the U.S. Mission in Nigeria is here—because we are committed to that endeavor.

This evening also holds special resonance for me and Pam since I will shortly end my assignment in Nigeria and I will retire from the U.S. Foreign Service at the end of this month after 35 and a half years. I always tell young Foreign Service officers that we’re the luckiest people in the world. What could be better than representing your country overseas? As I look back at my long career, I cannot think of a better capstone than having been entrusted by President Obama with the heavy responsibility of representing him here in Nigeria, the most important country in Africa. Pam and I have been uniformly well-received in our time in Nigeria and we’ve enjoyed every minute of it. In particular, we’ll never forget the courage and dedication of Nigerians as they went to the polls in March 2015. That’s a memory we will carry in our hearts forever.

In conclusion, please raise your glasses and join me in a toast:
TO THE HEALTH OF PRESIDENT MUHAMMADU BUHARI AND PRESIDENT BARACK OBAMA, TO THE WELFARE AND PROSPERITY OF THE NIGERIAN AND AMERICAN PEOPLES, AND TO THE RICH AND VIBRANT PARTNERSHIP THAT UNITES OUR TWO GREAT DEMOCRACIES.

Thank you very much and enjoy the rest of the evening.

Related Topics:Ambassador James F. EntwistleUnited States of AmericaUSA
Up Next

Abia Governorship: Ogah is Desperate to Get Immunity Against Criminal Charges – Ikpeazu