Cynthia Morgan calls out Yung6ix for Leaking their Unfinished Song

Cynthia Morgan and Yung6ix seem to be the latest music stars to have a social media falling.

They released a song earlier this morning and now Cynthia Morgan has come forward to say that the song was purposely leaked by Yung6ix and his team even though they knew that her verse was an unfinished freestyle.

In her IG rant she said to Young6ix that “now you or your team have a problem with me”.

See what she had to say below. 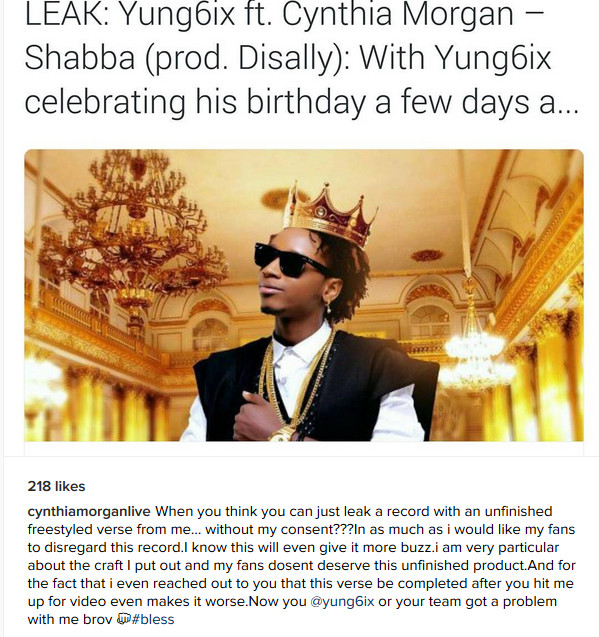 Love, Heritage & War! Read Rita Dominic and Ramsey Nouah’s Q & A on their Must Watch Movie ’76