In case you missed it, the high octane political drama, ‘The Governor’, premiered last Thursday, 7th of July on EbonyLife TV. 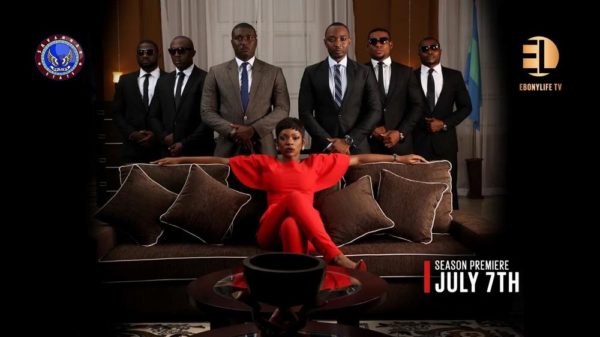 The response and excitement on social media was phenomenal as praises and encomiums were showered on the show and its cast led by British-Nigerian actress, Caroline Chikezie who plays ‘Angela Ochello’. Thousands of impressions were created on Twitter triggering a wider conversation around politics and women’s participation in general.

In the first episode, The Governor of Savannah State is hospitalised and in a coma after an accident. Angela Ochello, his Deputy had to come to terms with the fact that the Chief of Staff, cabinet members and party leaders think she’s out of her depth on important government decisions. In the course of the episode, Angela is made an offer by the party leadership she doesn’t want to refuse.

This week, we will find out if Governor Akale wakes from his coma. If he doesn’t, will Angela resign? Or will the rest of the cabinet come to respect her?  We can’t wait to see what happens as the drama continues this Thurday, 14th of July on Ebonylife TV (Channel 165) at 9PM WAT.

See some of the reviews below. 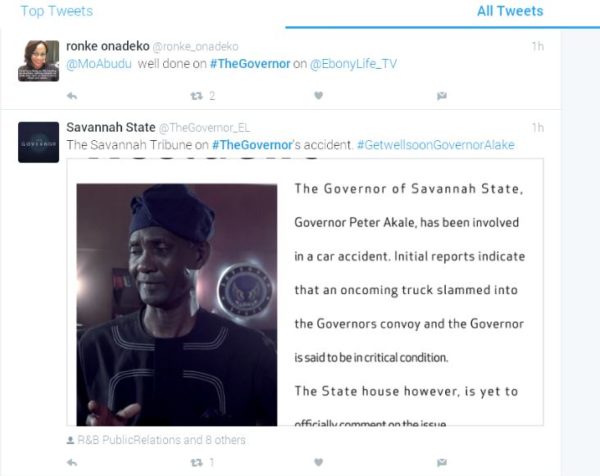 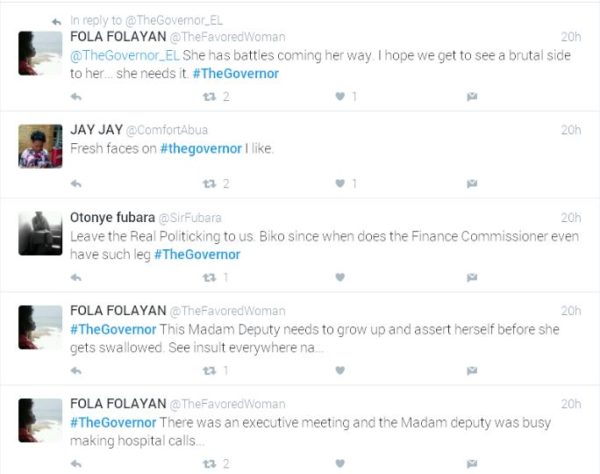 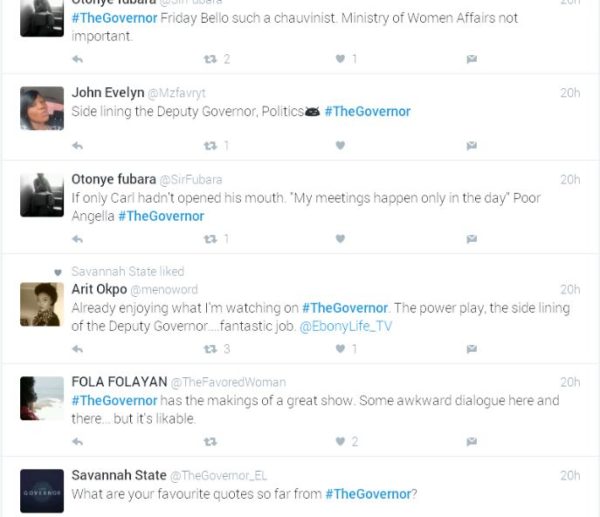 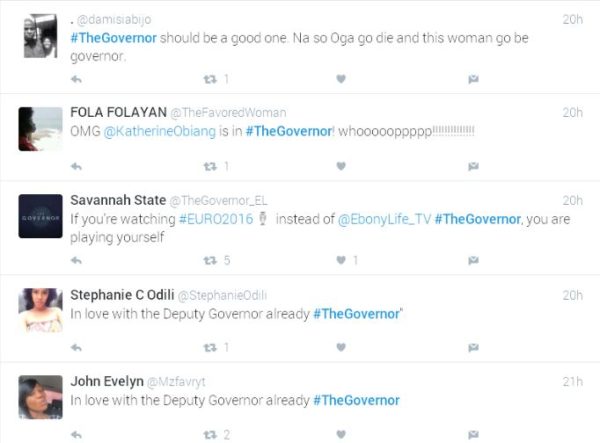 BellaNaija is a Media Partner for ‘The Governor‘ Series