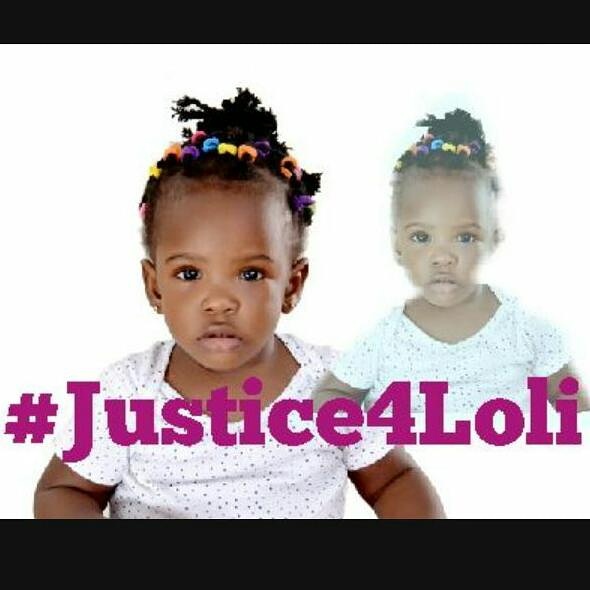 The lack of accountability in the Nigerian healthcare system needs to change. At the very least, there should be formal independent inquests into cases such as Loli’s so loved ones can truly understand what happened.

Harry Ebi Pax is a lawyer, media consultant and radio presenter, he and his wife tragically lost their daughter this year.

He shares his account of what happened and calls for support to fight medical negligence in Nigeria.

On the night of 28th of February 2016 at about 9pm, my wife told me our daughter was running temperature and we decided to watch her through the night and sponged her body intermittently till the next morning. It was rather strange because only few hours earlier our daughter Lolia was the heartbeat of the house and initiator of various plays with her cousins who came visiting.

Early the next morning, we prepped for work and creche as was our tradition the past 7 months. Loli as fondly called by all had her cereal and we made a dash for the hospital.

We got there just before 7am through the Port Harcourt traffic on the 29th of February 2016. We had to wait for the staff to do their devotion and morning rituals before we were attended to.

At about 8.30am a doctor in the consulting room examined her and said her tonsils were clear and her blood should be taken for test. The blood work came back after about 30mins Loli has MALARIA+. The Doctor advised she should be admitted since she looked weak for faster recovery.

And so our watch began!!!

First 2 days were very worrisome as she threw up every 3 hours especially after a meal or medication.
On the Third day a man who says he is a Pediatric specialist saw her in the evening and after few observations concluded Loli had MENINGITIS and ordered a change of drugs and treatment plan.
Loli had become mute and slept long hours at this time for the next few days with a stiff neck that couldn’t be moved voluntarily.

Under strong protest and demand for referral from my wife and I, the same Dr. was called in from church to review her because no other Dr had seen her. Only nurses came to administer intravenous drugs. We got all assurances from the Dr. and resident Drs. that she was in perfect hands and the treatment for meningitis takes a long time.
Long story short, we were there another 1week. Another Dr. read her case note and ordered a change of drugs.

Lolia was placed on the new drugs and became worse very rapidly. Our little girl was no more. She got excess medications her system could barely cope. All of this sadly happened without investigation by the Drs.

We requested for her case note and medical report from the hospital management for onward dispatch to the American Embassy as part of the Embassy’s requirements to process her death certificate and other necessities. The hospital blew our minds to Jupiter and back. The report was falsified and yours truly, my wife and I were alleged culprits in her death. They claimed “…against medical advise parents discontinued intra nasal oxygen from child”. They put down a number of tests they never did and claimed they did it all.

On different occasions, I was chased out of the hospital by the Dean of Doctors in that facility because I was demanding for her Case Note for independent review. He repeatedly said to me “Go and do your worst”.

#JusticeforLoli is a campaign to #SayNotoMedicalNegligence and seeks to get closure for my family as well as several other families who have lost a loved one and can’t do anything about it just because the Drs. are untouchable, incompetent and unaccountable to the people they serve/treat or manage.
The mere fact that people die avoidably in the hands of erring Drs. without appropriate investigation and sanctions is why medical practice is a sham in this clime.

Loli was only 17 months young and was our only Child who lit up our lives after 4 long years of no issue when she died in a facility that claims to be specialists in Pediatrics care.

I miss my Cute Little Texan Princess with the brightest Kalabari smile and mould. I solicit your kind support for this cause not out of vengeance but to save the lives of millions out here in our hospitals. Medical Practitioners must be accountable for their services.

My Name is EBI PAX HARRY are you with me on this?

Related Topics:#Justice4LoliHarry Ebi Pax
Up Next