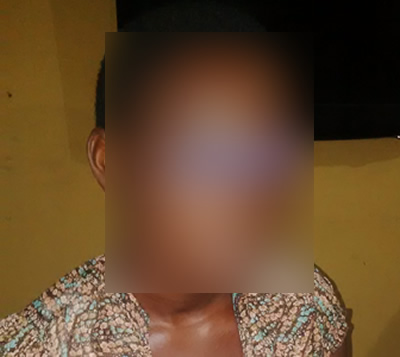 A Police officer has been accused of raping a 15-year-old girl in Akwa Ibom.

The officer, who is an inspector attached to Mkpat Enin Police Division in the state allegedly accosted the victim, who is a senior secondary student of Community Secondary School in the area last Thursday.

The victim said the officer led her away from the other officers to a corner and threatened her with a gun, saying he would shoot her if she stopped him from touching her.

“After he had forced me to remove my clothes, he ordered me to lie down and open my legs. And what I noticed was that he brought out his penis and inserted it into my vagina.

As he was romping over me, he forbade me crying as he threatened to shoot me if I should open my mouth.

But when I could not bear the pains any longer as blood was running out of my private part, he quickly took me into the vehicle and drove to the station, where he detained me from Thursday till Saturday.

She told PUNCH that her mother left them when she was a toddler, and her father became paralysed after falling from a palm tree. She said herself and her father now live with her uncle.

The uncle called for the immediate dismissal and prosecution of the accused officer.

Related Topics:RapeStatutory Rape
Up Next