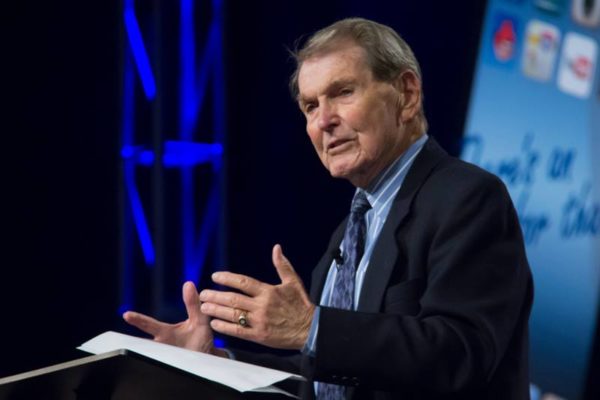 The death has been announced of a Christian author and Evangelical leader Dr. Tim LaHaye.

The family announced the death on the Facebook page of the ministry he founded – Tim Lahaye Ministries.

“Thrilled as I am that he is where he has always wanted to be, his departure leaves a void in my soul I don’t expect to fill until I see him again,” Jenkins said of his co-author’s passing.

The statement said that he died in a San Diego area hospital, just days after suffering a stroke.

LaHaye co-authored the “Left Behind” series with Jerry Jenkins. The 16-books bestselling fiction novels were written between 1995 and 2007 and were set in the pre-rapture, rapture, and post-rapture era.

LaHaye also penned 60 different titles that sold about 14 million copies in as many as 32 languages.

In addition to his wife, Dr. LaHaye is survived by four children; nine grandchildren; 16 great grandchildren; a brother, Richard LaHaye; and a sister, Margaret White.

Related Topics:Dr. Tim LaHayeLeft Behind Series
Up Next