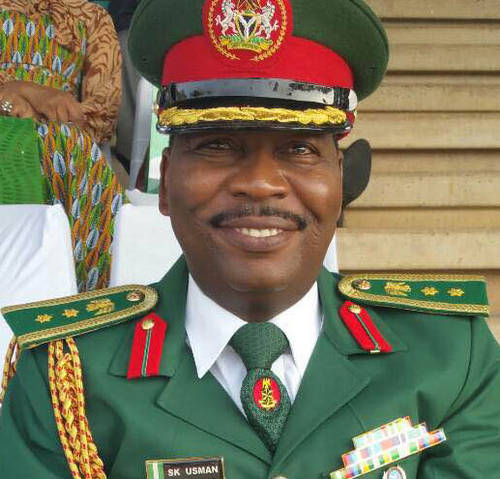 The Acting Director, Army Public Relations, Col. Sani Usman, on Monday in Lagos said there were no longer camps of Boko Haram terrorists in the North-Eastern part of the country.

Usman made the assertion while addressing newsmen at the inauguration of Strategic Communication Course for senior officers at the Nigerian Army School of Public Relations and Information (NASPRI), Bonny Camp, Lagos.

Usman, while assuring Nigerians that the military was winning the war against terrorism, said there were no more terrorists clustered in a particular place in the area.

First, defeating the Boko Haram terrorists which have been accomplished and making room to facilitate humanitarian assistance which is also ongoing.

Then restoration of law and order for good governance to take place.

Those that were hitherto close are now open to the extent that we have trans-border trade.

We have come to the point that we can beat our chest and decisively say we have dealt with Boko Haram,” Usman said.

On the inauguration of the communication course, Usman said that training of personnel was paramount, adding that it would enhance proficiency.

“It is in this regard that the Directorate of Army Public Relations places high premium on training of officers and soldiers.

The Nigerian Army School of Public Relations and Information must remain focused in the training of officers and soldiers to meet the need of well trained and skilled manpower.

This is the first of its kind to further enhance further joint operations of the armed forces and possibly international military engagement.

It is my hope that this course will make the desired impact on all of you and explicit growth fertilisation of ideas among the participants.

It is also our desire to see that at the end of the course, we turn out better informed senior officers.

Also, they should be well-equipped to partake in making or taking strategic decision for the Nigerian army information and dissemination management,” he added.

The NASPRI commandant, Col. John Agim, said the course was to better equip senior officers who were saddled with the responsibility of shaping the information environment.

Agim said the course which will run for three months will be on media planning and crisis management, media matters and interview skills and digital media influence among others.