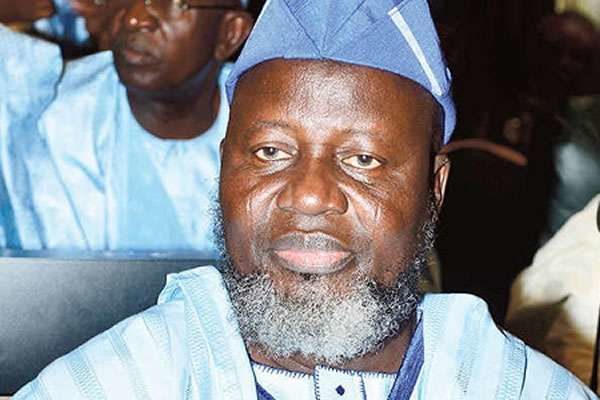 The Minister of Communications, Adebayo Shittu, says Nigeria is losing about N127billion which is 0.8 per cent of the country’s Gross Domestic Products (GDP), to cybercrime yearly.

Shittu said this in Abuja on Tuesday at the opening of the 26th National Conference and Exhibition of the Nigeria Computer Society.

According to him, “our growing dependence on digital infrastructure introduces and poses grave threats to national security”.

He said many Nigerians now had access to internet facilities; using the enormous opportunities this digital infrastructure had brought to work, transact business, campaign, communicate, learn, interact and relax.

“To address emerging cyber threats, government has set up computer emergency response teams through the Office of the National Security Adviser and NITDA.

Additionally, to further improve the nation’s preparedness to secure cyberspace, the Cybercrime Advisory Council has also been inaugurated.

The council is expected to facilitate the implementation of the Cybercrime Act, 2015, as well as the National Cyber Security Policy and Strategy,” he added.

The minister said that the Ministry of Communications was engaging the Nigerian Army on possible technology collaboration to tackle the activities of insurgents and other security challenges in the country.

Shittu said that it was appropriate that the efforts of the armed forces and the significant achievements in the fight against Boko Haram were recognised.

He said that though the army was already using some technology platforms, there may be some requiring close attention by the conference.

“Beyond military might, financial crimes and corruption, are added burdens to the national security challenges that threaten the very existence and development of the nation,” he said.

Shittu said growth was impossible without safety and security.

He said that “Information Technology for National Safety and Security” which is the theme of the conference, was relevant.

“This is because it aligns with the national safety and security priority of the administration of President Muhammadu Buhari. Securing lives and properties are enablers and imperative for growth and development,” he added.

President of Nigeria Computer Society, Professor Adesola Aderounmu, said more proactive approach was needed to tackle the menace of insecurity in the country.

Aderounmu said this year’s focus on Information Technology for National Safety and Security was crucial considering the various security challenges facing the nation.

Alleged Forgery: “Ekweremadu is a Man of Honour, We Stand by Him” – PDP BoT

Teen Mum, Her Mother, 3 Others Remanded in Prison for Killing and Feeding Newborn Baby to a Dog